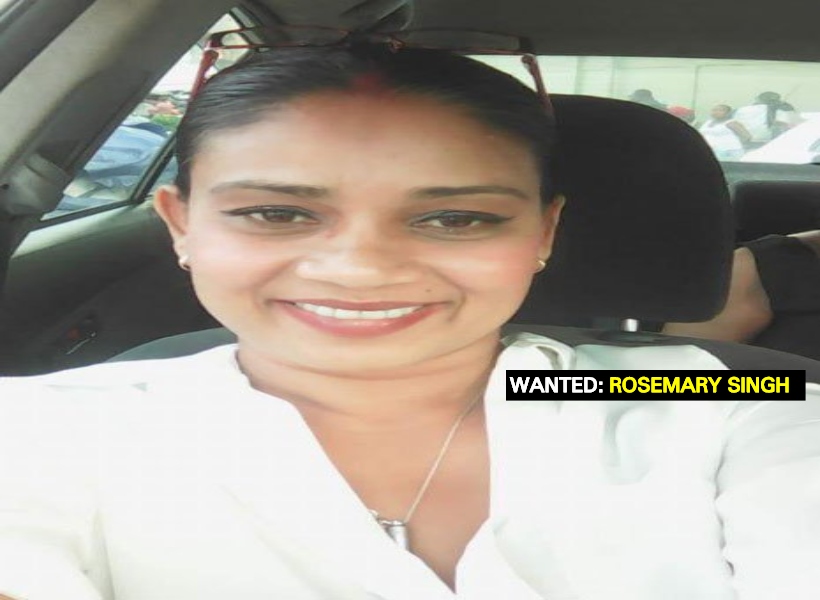 The Customs Anti-Narcotics Unit (CANU) is seeking the public’s help in tracking down Rosemary “Rose” Singh of Lot 123 Ramsingh Street, Annandale, and Lot 153 South Annandale, ECD. According to CANU, Rose is said to be one of the key persons involved in a major cocaine trafficking ring in Guyana.

Rose and her accomplices are also believed to be the masterminds behind a shipment of bauxite from linden that had hidden packets of cocaine. It was intercepted by officers when it made its way to Canada’s port. A total of 81 kilograms of cocaine was seized by officers attached to the Royal Canadian Mounted Police (RCMP) and the Canada Border Services Agency (CBSA).

According to a statement on the RCMP’s website, investigations revealed that the seized drugs were heading for the Toronto and Vancouver markets.

CANU is asking anyone with information on her whereabouts to make contact with its Headquarters on telephone numbers: 227-3507 and 226-0431