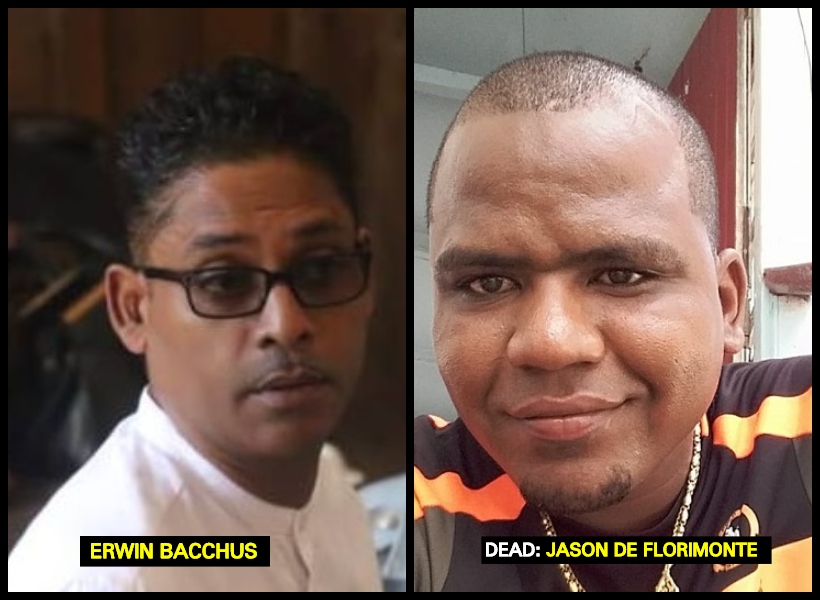 A senior member of the Guyana Police Force (GPF) allegedly helped Subryanville, Georgetown hotel owner, Erwin Bacchus, to cover his tracks after he allegedly pumped three bullets into his neighbour—killing him on the spot.

The Tourist Villa Hotel owner was previously charged with manslaughter but had his charge upgraded to murder after the Director of Public Prosecution was asked to reexamine the file.

According to Information received, on the morning of August 04, last, when De Florimonte was killed, the businessman reportedly had someone erased the footage that was recorded on his surveillance camera.

In addition to this, there are reports that when technicians from the GPF examined the businessman’s cameras and the Digital Video Recorder (DVR)—the device that stores the data from CCTV cameras, the two were not compatible.

“This means that the DVR was swapped after the shooting. The businessman has high definition cameras and the DVR we found could not have worked with those cameras. Also, the DVR was brand new,” a source close to the investigation, said.

The source added that at the time of the shooting, a senior member of the force was inside the hotel with a female. It was the cop who reportedly guided the businessman to tampering with the evidence.

“After the shooting, that same policeman called another policeman and the two of them start the investigation right away and that’s how the man get charged with manslaughter in the first place,” the source added.

The Guyana Standard was told that while Bacchus’ charge was upgraded to murder, some ranks are worried that he might walk free based on how the investigation was done and the file was structured.

“If justice is to be served then that case has to be reinvestigated. There are a lot of missing evidence from the file and the misplaced surveillance DVR is a major part of the investigation but that was omitted from the case,” the source said.

Bacchus is being represented by Attorneys-at-law Glenn Hanoman and Nigel Hughes.