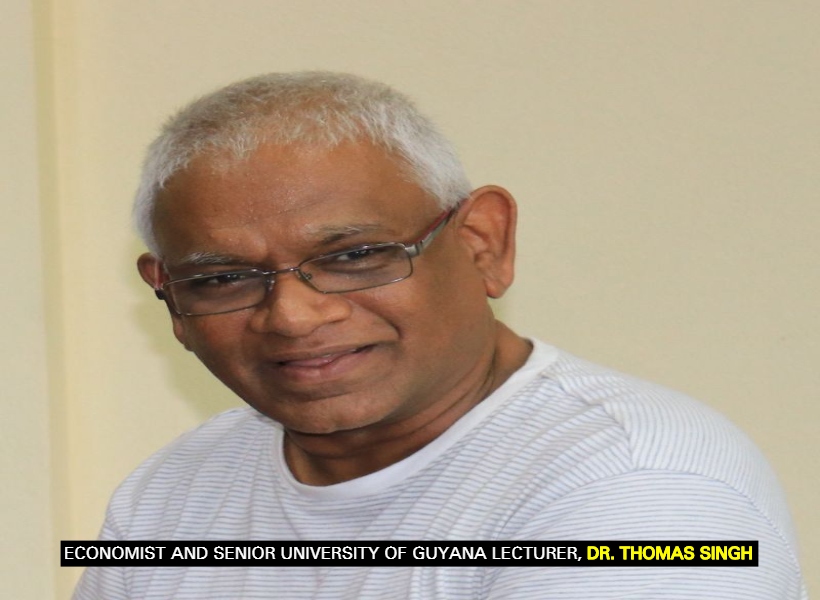 Over the last 26 years, Government spending has not only been relatively high but also, inefficient. This troubling revelation was made recently by economist and Senior Lecturer at the University of Guyana, Dr. Thomas Singh.

The economist said, “Budget documents show that this composition of public expenditure has not changed significantly in the last three years. Current expenditures are highly skewed toward transfer payments to unproductive and inefficient public enterprises, while capital expenditures seem to be inefficient. These observations are also heavily supported by econometric evidence from the Inter-American Development Bank. Their evidence also shows that public expenditure in Guyana has low efficiency and contributes to a dampening effect on economic growth.”

With regard to public investment in Guyana, the economist said that this is relatively high but also insufficient and ineffective. He emphasized that there is room for improvement throughout the cycle of public investment management, particularly in the areas of planning and execution. He noted that the government has to address urgently, issues which lead to multiple capital projects being delayed, over-budgeted, and of sub-standard quality once completed.

The Senior University Lecturer also pointed out that delays in capital expenditure continued from 2015 with the Public Sector Investment Programme (PSIP) implementation being less than 30 percent by mid-2017.

In addition to this, Dr. Singh attributed implementation delays in the PSIP to shortages of skilled staff and the need to improve transparency. For Dr. Singh, the selection of public investment projects could be better linked to the objectives and goals of the medium-term plan, coupled with enhanced transparency on details of investment projects.