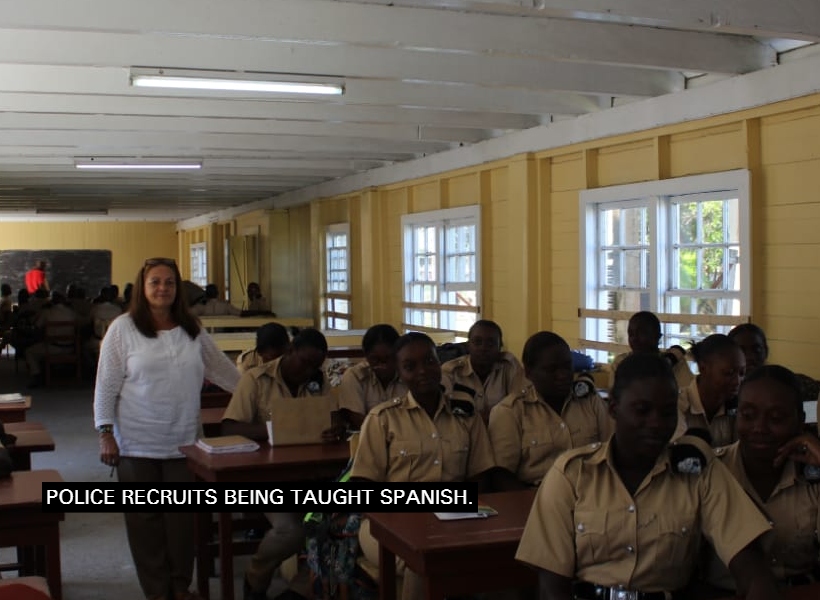 As part of an effort to improve on its mandate to provide quality service to the nation, the Guyana Police Force has been moving to implement some strategic measures.

In this regard, the Force has been preparing its ranks to become bilingual, especially in light of the growing number of Venezuelan nationals who have taken up refuge mostly on Guyana’s western border Regions.

This has therefore seen the Administration of the Force moving to implement Spanish into the curriculum of the police training programme. This move, the Force believes, will prepare young policemen and women to be able to deal and communicate with migrants on a more a professional level, since it is mandated to serve and protect them as well.

According to Police Public Relations Officer, Superintendent, Jairam Ramlakhan, many of these Spanish-speaking individuals are vulnerable to abuse and exploitation of all kinds by virtue of their migrant status.

In fact, he noted that the inability to communicate on many occasions has put ranks at a disadvantage in efficiently and effectively discharging their duties.

The syllabus, which focuses on the fundamental aspects of the Spanish language, is being taught throughout the duration of the recruit training and it is envisaged that the valedictorian of the next Recruit Graduation will deliver his/her speech in the foreign language.