Home News Crime Fisherman jailed 36 months for robbing friend of $1,000 and a phone 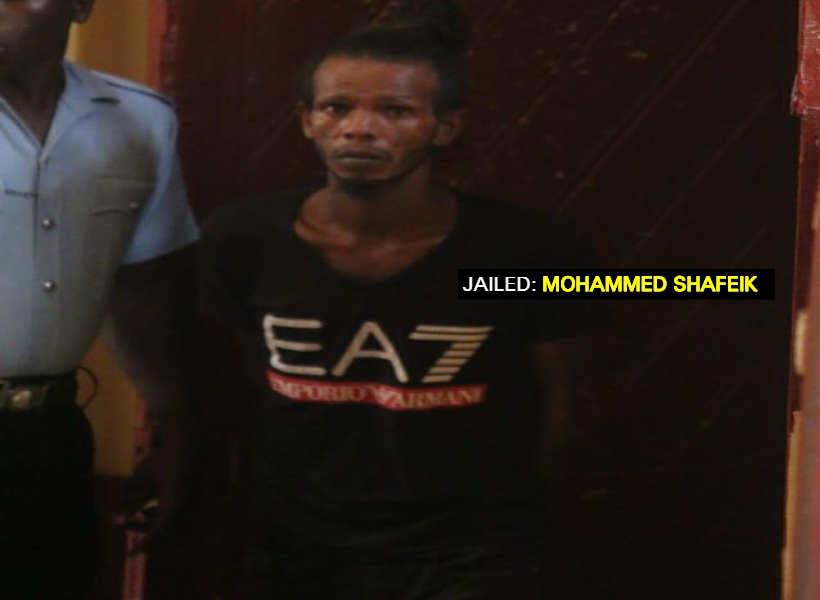 “ Is frustration mek I rob the man. I don’t know is what got into my head, I never committed such offence before,” were the words of a fisherman who was sentenced to 36 months imprisonment on a robbery under-arms charge.

Mohammed Shafeik, 29, of South Ruimveldt, Georgetown, pleaded guilty with explanation to the charge which stated that on October 14, 2018, at Ramp Road, East Bank Demerara, while being in the company of others and armed with a knife, he robbed Rabindranauth Seodat of a phone worth $20,000 and $1,000 cash, property of Seodat.

Shafeik, in his explanation to the court stated, “My mother is sick she cannot walk I just wanted the money to get her something to eat. Me ain’t rob the man. Is my friend I was just in his company when the robbery took place.”

Base on his explanation, Principal Magistrate Judy Latchman entered a not guilty plea on his behalf.

Shafeik upon hearing that the court entered a not guilty plead after his explanation, stated “ I don’t want to waste the court time. I did not give you permission to charge my plead. I said guilty leave it as that.”

Magistrate Latchman was then forced to re-read the charge to Shafiek after which he pleaded guilty.

Facts presented by Police Prosecutor, Quinn Harris, stated that on the day in question about 15:15 hrs, Shafeik rode up to the victim and asked him for $200.

The court heard that when the victim took out the money from his pocket, Shafeik placed a knife to his neck and took away the articles mentioned in the charge.

The matter was then reported and Shafeik was arrested and charged.

The Magistrate, before sentencing Shafeik, stated “ You need to go fishing for fish not other peoples’ items.

You have a job you should have been satisfied with your salary. What you did was very bad. Do not do it again.”

Magistrate Latchman told him that based on the prevalence of the offence and the need to prohibit other from contemplating same, she sentenced him to 36 months imprisonment.