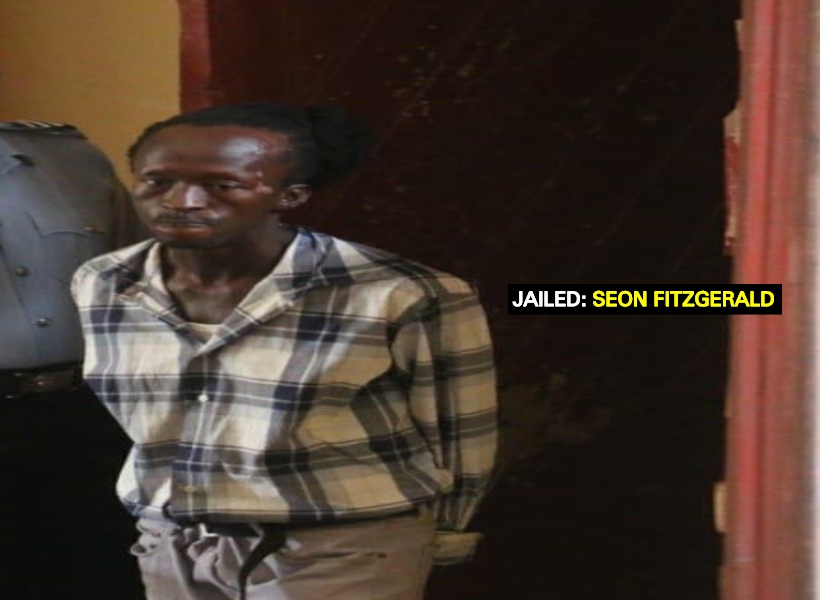 “Please be lenient with me your Worship. I sell puri to take care of my wife and children,” were the words of a man who was this afternoon sentenced to three years imprisonment for trafficking marijuana.

Seon Fitzgerald pleaded guilty to the charge which stated that on October 13, 2018, at South Sophia, he had in his possession, 76 grams of marijuana for the purpose of trafficking.

An unrepresented Fitzgerald, in addressing the court, stated that he was walking going home on the day in question, when he found the marijuana in a bag.

Fitzgerald said he picked up the bag for safe keeping.

Facts presented by Police Prosecutor, Quinn Harris stated that on October 13, 2018, at around 07:00 hrs ranks from the Criminal Investigation Department (CID) Narcotic Branch were on mobile patrol when they saw the defendant acting in a suspicious manner.

A search was then carried and the narcotics was found concealed in a bag.

Fitzgerald was then told of the offence to which he admitted and was taken to CID Headquarter.

The  Magistrate, after listening to the Prosecutor’s facts, sentenced the man to three years imprisonment and fined him $30,000.

Fitzgerald, upon hearing he was sentenced, asked the court to be lenient him with him because he is the sole breadwinner for his family.

He added “ Yuh sure you can’t be more lenient with me. Help me out nah.”

The Magistrate, after listening to the accused, stated that she cannot do anything about it since it is stated in the law.