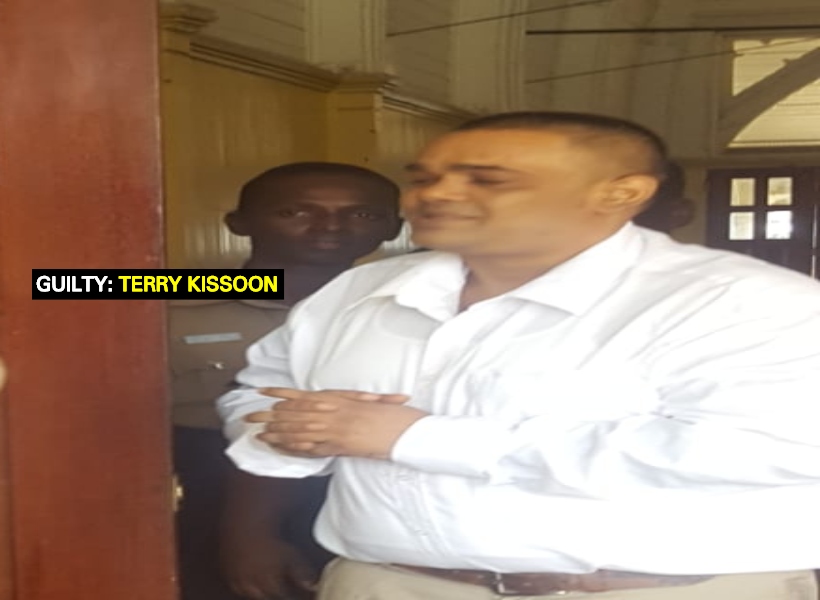 The retrial of former death row inmate Terry Kissoon ended this afternoon with a 12 member mixed jury finding him guilty of the lesser offence manslaughter.

Back in December 2013, Terry Kissoon was sentenced to death after he was convicted of the July 30, 2010 murder of Troy Smith. However, the Court of Appeal overturned the sentence and conviction earlier this year.

As a result, Terry Kissoon’s case was remitted back to the High Court for a new trial. The jury, this afternoon, returned a 10-2 guilty verdict.

Justice Sandil Kissoon announced that Terry Kissoon will be sentenced on November 08, 2018, following the presentation of a probation report.

According to reports, on the day in question, Terry Kissoon visited Smith’s Lot 108 Thomas Street, Kitty home and accused him of stealing his motorcycle.

Terry Kissoon demanded Smith to return his belongings within a day.

A heated argument ensued between them during which Smith was shot to the abdomen. It was reported that Terry Kissoon fled the scene after the shooting. An injured Smith was transported to the Georgetown Public Hospital where he was pronounced dead on arrival.

Terry Kissoon was represented by Senior Counsel Bernard DeSantos, while the State’s case was presented by Prosecutors Lisa Cave and Orinthia Schmidt. The retrial was heard at the High Court in Georgetown.