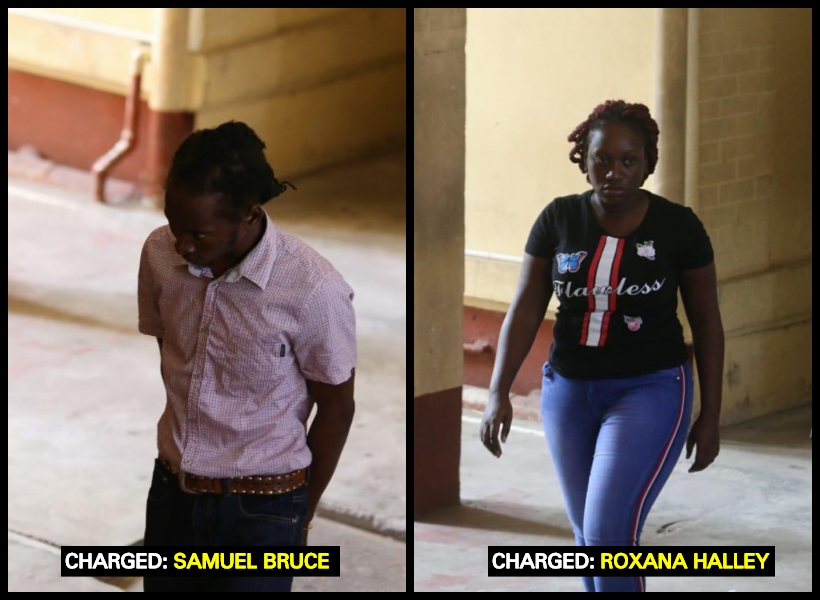 A taxi driver and his female passenger, who were recently busted by  Custom Anti- Narcotics Units (CANU) ranks with a quantity of ecstasy pills, were this afternoon charged for the offence.

It is alleged that both of them, on October 15, 2018 at Gibson Street, Guyhoc Park, had 63 grams of ecstasy in their possession for the purpose of trafficking.

They both denied the charge after it was read to them by Chief Magistrate Ann McLennan.

Both lawyers asked the court to release their clients on reasonable bail.

Dasilva told the court that his client, Halley had no narcotics in her possession. He added that the only ties his client has to the allegation is that she gives Bruce a contact number to someone.

Jeffrey added that her client, Bruce was paid to drop off a package and did not know that drugs were inside the bag.

However, facts presented by CANU, Prosecutor, Konyo Sandiford stated that during a sting operation, a CANU rank went undercover and observed Bruce handing over a bag containing the drugs.

She added that Halley was the person who set up the alleged drop off of the narcotics.

The Prosecutor objected to bail being granted to both defendants citing the serious nature of the offence and the quantum of drugs.

The Magistrate, after listening to both sides, released the defendants on $150,000 bail each.

Condition of the bail is that they report to CANU Headquarter every Monday until the completion of the trial.

The duo were also instructed to make their next court appearance on November 9, 2018.