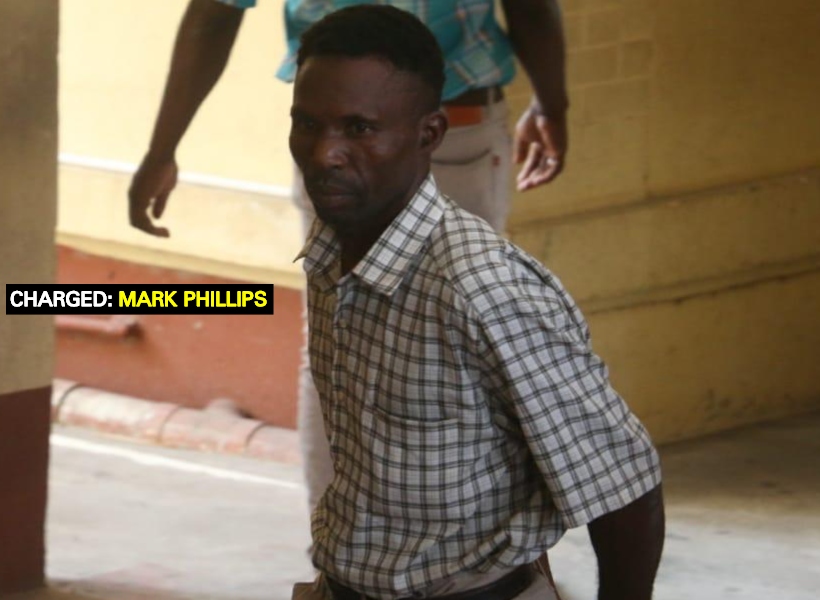 A man, who the court heard is in the habit of walking around the neighborhood showing persons his genital, was this morning charged and remanded to prison for the offence.

He denied the charge which stated that on October 13,2018 at Yarrowkabra, Linden/Soesdyke Highway, he exposed his genital to a woman causing her to see same and be alarmed or distressed.

Facts presented by Police Prosecutor, Simone Payne, stated that the victim and Phillips resides in the same village and he’s in the habit of making sexual advances towards the woman.

The court heard that last year the defendant tried to touch the woman’s private parts and attempted to break into her home twice.

Both matters were reported but the victim decided to drop the matters after his family asked her not to proceed with them, citing that they would talk to him about his action.

However, Phillips, in addressing the court, said the allegations against him are fabricated since he and the woman are not on speaking terms.

He went on to tell the court that the woman is making false accusations against him because he used to give her water and light, but after the bills started to get expensive,  he desisted from helping her.

This, he said, caused the friendship to end.

Phillips added that since then, the woman has been walking in the village telling people that he is a bad persons.

Prosecutor Payne objected to bail being granted to the defendant on the grounds of the nature and prevalence of the offence.

The Magistrate, after listening to the Prosecutor, remanded Phillips to prison and order that a psychiatric evaluation be conducted on him.

He was instructed to make his next court appearance on November 6, 2018 for report.