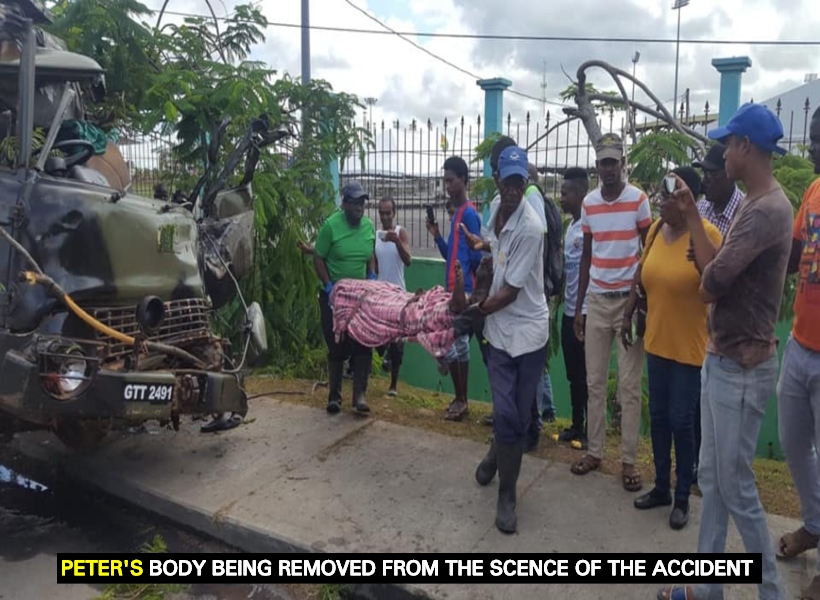 A 45-year-old porter was killed this morning after the fuel truck he was travelling in toppled on the Providence, East Bank Demerara (EBD)Public Road, just outside of the National Stadium.

The deceased has been identified as Kirk Peters of Sophia, Georgetown. He died on the way to the Diamond Diagnostic Centre.

Peters was the passenger in the truck, GTT 2491 that was heading south on the EBD public Road with thirty 45-gallon drums of diesel. The vehicle was being driven by a 51-year-old Albouystown, Georgetown resident.

The Guyana Standard was told that just before the truck passed the stadium, its left front wheel blew out, causing the driver to lose control of the vehicle—resulting in it toppling off the road.

The truck ended up slamming onto the western side of the Stadium fence.

The police said that the accident caused Peters to be trapped in the truck for several hours. He was eventually pulled out and rushed to the hospital along with the driver, who sustained minor injuries.

The driver was tested negative for alcohol.