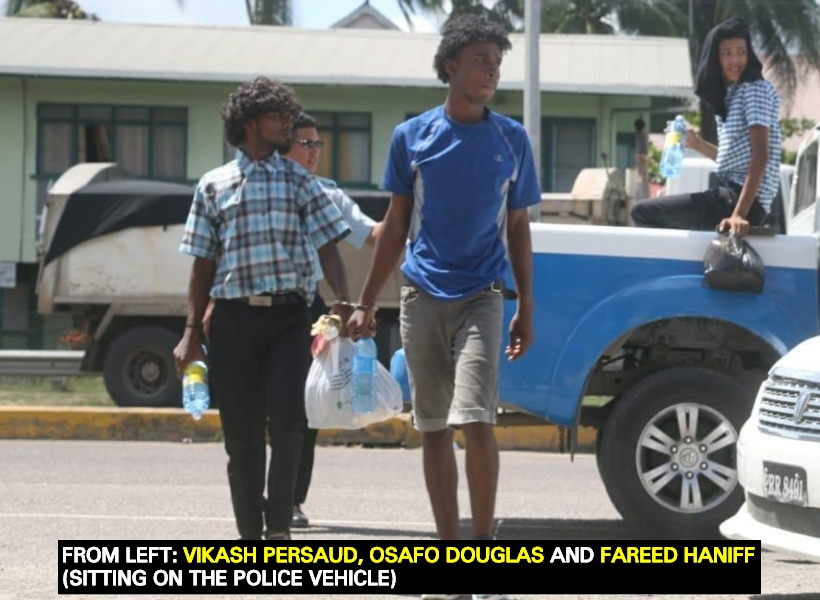 Two teenagers are among four men who were charged and remanded to prison this morning for the murder of Mon Repos, East Coast Demerara handyman, Christopher Swamy who was shot dead by masked men last week Sunday.

The four murder accused appeared before Magistrate Zamilla Ally-Seepaul and were not required to plead to the charge which alleged that they murdered Swamy during the furtherance of a robbery. However, Knights is facing a separate murder charge from his co-accused.

The Police Prosecutor disclosed that Knights was charged separate as a result of the other three confessing that he was the one who shot and killed Swamy. Nevertheless, the quartet will make their next court appearance on December 12, 2018 for reports and disclosure of statements at the Sparendaam Magistrates’ Courts.

According to reports, 30-year-old Swamy was shot and killed in front of his wife during a brazen early morning attack on some friends who were imbibing in front of his Lot 161 Mon Repos, East Coast Demerara home.

Swamy was shot to the left side chest. The dead man’s wife Marcia Williams was relieved of an undisclosed sum of cash and a cell phone by the gunmen.