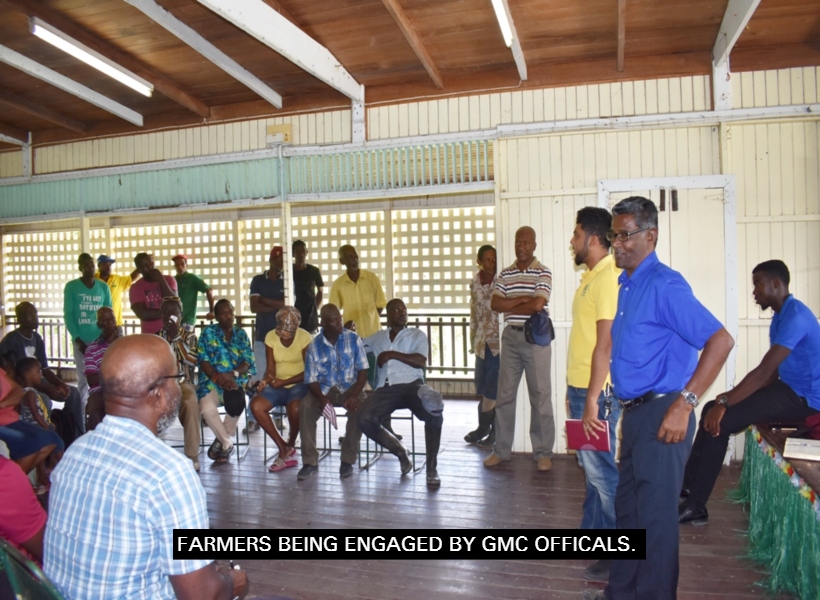 Some farmers are guilty of being negligent when it comes to the way they harvest, store and transport produce. In fact these have been reoccurring concerns within the Agriculture sector which have been gaining increasing attention.

To address this anomaly, the Guyana Marketing Corporation (GMC) recently partnered with the National Agricultural Research and Extension Institute and WUSC Caribbean to develop post-harvest posters to aid training. This tactical move, which entails mentor farmers being trained to train other farmers within their communities, is intended to enlighten farmers on the dos and don’ts of handling produce from the field.

The training for farmers comes on the heels of concerns raised by members of the Guyana Non- traditional Agriculture Exporters Association (GNTAEA).

At recent meetings coordinated by GMC, which saw the attendance of both GNTAEA members and Region Six farmers, the importance of having proper storage areas for fresh fruits and vegetables to maintain their good quality was discussed.

At the meetings too, the group discussed ways in which they can work together to ensure farmers are adequately paid for their produce.

Moreover, Mr. Devin Warner, GMC’s  Marketing Extension Officer for Region Six, said the meetings offered clarity regarding the difficulties faced by exporters and farmers.” The visits were facilitated mainly because, often times farmers have a misconception that exporters are the ones who earn large sums of money exporting the produce that they (farmers) grow, without fully understanding the challenges exporters have to deal with,” said Warner. “By getting a chance to interact with the actual buyers (exporters), they were able to clarify misunderstanding and better understand difficulties and losses faced by both groups,” he continued.

Importantly, officials from the GNTAEA assured farmers that if their producT are sold directly to them and are of a good quality they (farmers) would be adequately compensated for same. “The responses were positive and the meetings (thus far) have been a success,” said Mr. Milton Dookie, Regional Marketing Coordinator who coordinated the meetings between the exporters and farmers. He is optimistic that farmers and exporters will maintain a close relationship where they can directly discuss issues they face.

According to Dookie, the interest shown by the farmers to meet and work along with the exporters has thus far been heartening.