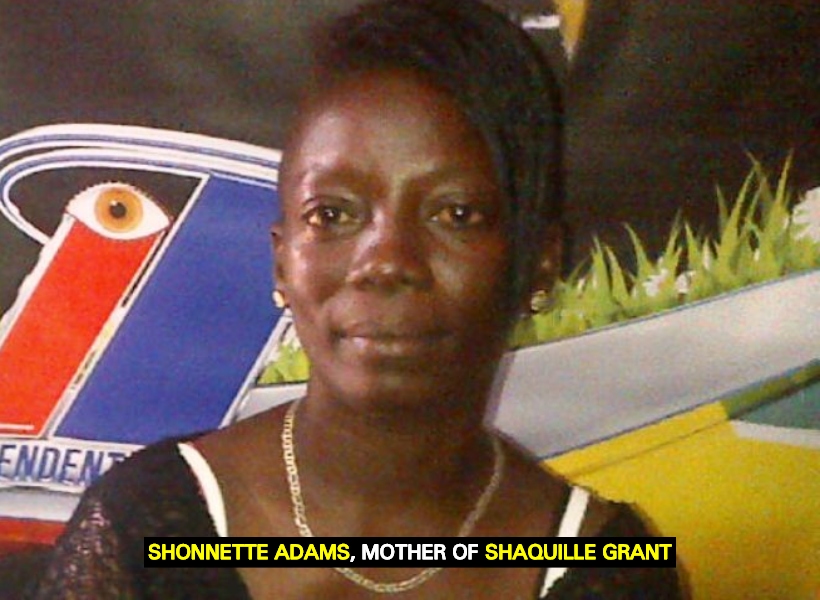 Justice Gino Persaud this morning continued hearing evidence in a multi-million dollar lawsuit filed against the State and three policemen over the “wrongful death” of Agricola, East Bank Demerara teen, Shaquille Grant. Young Grant was allegedly shot and killed by police ranks who were on mobile patrol in the community back in September 2012.

The lawsuit was filed on December 18, 2014 by Shonnette Adams, the mother of Grant, through her Attorney-at-Law Nigel Hughes. The mother is suing the State for in excess of $300,000 over (a) the wrongful death of her son, (b) breach of his fundamental right under Article 138 of the Constitution of Guyana, not to be deprived of his life intentionally, and for (c) assault and battery.

For each of the above mentioned claim the mother is asking for damages in excess of $100,000. She is also asking the court for (d) exemplary damages, (e) costs, (f) interest and (g) such further or other order as seem just by the court.

The mother is looking for judgement in the sum of $10M, which would include exemplary damages which are requested and/or granted in a lawsuit when the defendant’s willful act were malicious, violent, oppressive, fraudulent, wanton or grossly reckless.

Formerly of Caesar Street, Agricola, Grant, 17, was shot and killed after police ranks on mobile patrol swooped down in the community of September 11, 2012.

Lawyers for the chambers of the Attorney General and Ministry of Legal Affairs are appearing for the State.

Police said that after receiving information that men in the community were planning a robbery, ranks were sent to the area where they came under heavy fire. The ranks returned fire, fatally shooting Grant.  According to information, the shooting ensued after a man called “Bollers” reportedly reached into his pocket for a cell phone.

After the killing, policemen Warren Blue, Jamal Lewis and Terrance Wallace were charged for the murder of Grant. The now former policemen are listed jointly as defendants in the lawsuit filed by Adams. On May 21, 2015 a 12-member mixed jury acquitted Wallace of the murder.

While it appears as though Lewis is still at large, Blue was shot dead on December 15, 2015 during a botched robbery on a supermarket at Montrose, East Coast Demerara.