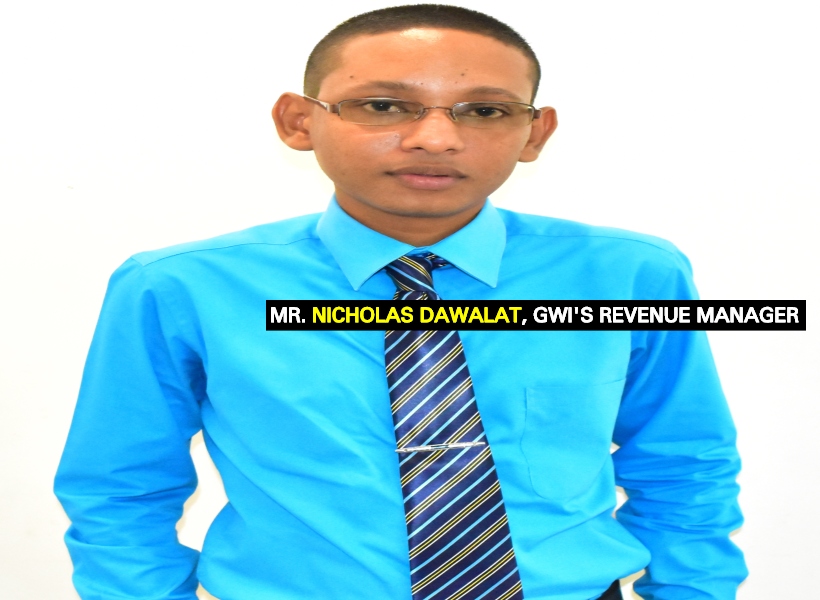 Approximately 60 percent of a sample population of 700 Georgetown customers have illegally reconnected their water service after being disconnected for overdue balances. This revelation comes out of a survey conducted by Guyana Water Incorporated (GWI) in early October.

In a release to the media today, GWI said that it has intensified its disconnection and service removal campaign across the capital city, with a particular focus on those customers who have illegally reconnected their service.

GWI’s Revenue Manager for Georgetown, Nicholas Dawalat explained that the company is currently in the Queenstown area and is planning to venture out to the various wards in Georgetown such as Stabroek, Albertown, and Charlestown.

According to him, illegal reconnections result in a reduced level of service to customers, loss of revenue and contamination in the lines, which compromise the quality of water provided to customers.

He further added that the company’s loss in revenue also affects its ability to purchase chemicals to treat water to ensure that the quality meets World Health Organisation (WHO) standards, as well as its ability to pay its workers.

Dawalat highlighted that disconnections and service removals are GWI’s considered last resorts, after numerous attempts to reach out to customers prove futile. he said that customers are given 28 days after their bill is due to clear their balance or the option to take advantage of the utility’s wallet-friendly payment plans.

The Revenue Manager took the opportunity to point out that GWI targets all categories indebted customers, irrespective of whether they are domestic or commercial.