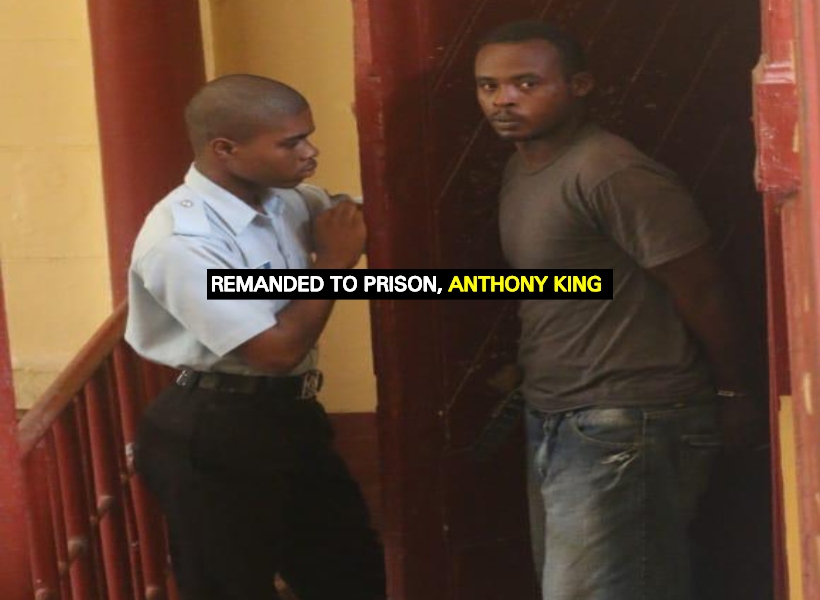 Days after a pork knocker used a cutlass and a hammer to behead his former brother-In-Law, at his Lot 1323 Diamond, East Bank Demerara (EBD) home, he was this morning charged and remanded to prison for murder.

Twenty-five- year-old Anthony King appeared before Principal Magistrate, Judy Latchman in the Georgetown Magistrates’ Courts where the charge was read to him.

An unrepresented King was not required to plead to the indictable charge after it was read to him by the Magistrate.

He was remanded to prison until November 23, 2018 when he will appear before Chief Magistrate Ann McLennan for reassignment.

Police Prosecutor, Shellon Daniels stated that on the day in question, a neighbour who witnessed the incident stated that he saw King in the yard and noticed him chopping the now deceased’s neck.

The court heard that King had a chopper on the man neck and was lashing the weapon with a hammer.

The residents in the area then raised an alarm and the suspect left the scene but was promptly arrested by the police who were summoned.

The body, which bore multiple wounds to the neck, head and shoulder, was taken to the Georgetown Public Hospital.

It was  reported that Peterkin had spent the night at his In-laws’ house since he had some electrical work to do in the community.

Cassandra King, the mother of Peterkin children, had told this news agency that she left her brother (king) and Peterkin at home when she departed for work.

Shortly after, she received a phone call from someone who told her that they had an emergency and that she should return home.

The woman said that on her arrival she saw the father of her children lying in a pool of blood.

The matter was reported and King was arrested, hence charged for the offence.