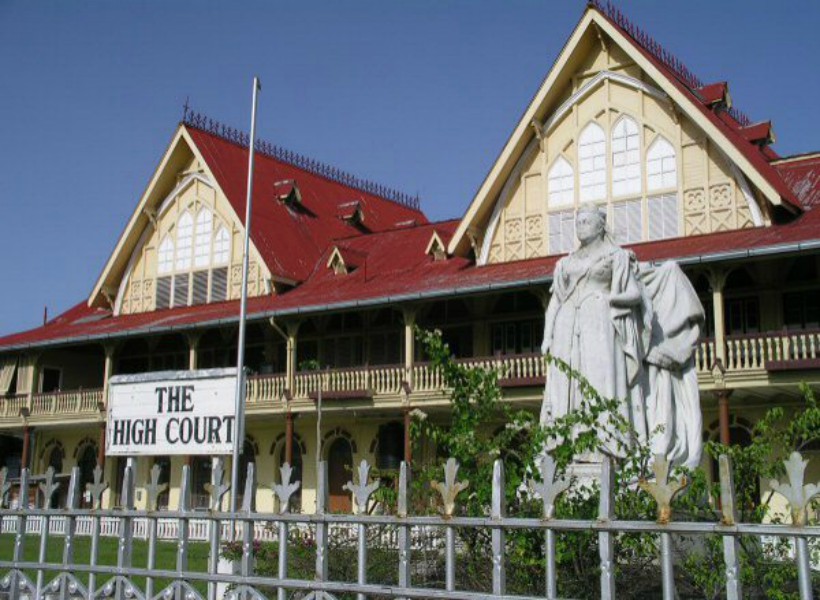 Following the denial by the Ministry of Public Health of the importation of certain drugs manufactured in India, the Dr. Balwant Singh Hospital has taken its battle with Minister of Health, Volda Lawrence, to the High Court.

Deliberations on the matter yesterday saw the court examining whether the Minister had any legal right to refuse the hospital’s request to import the specified India-made drugs. The matter is currently before Justice Fidela Corbin-Lincoln.

Minister Lawrence was not present at the hearing but submitted an affidavit stating her position. However, Justice Corbin-Lincoln, in considering the content of the affidavit, made it clear that the Minister failed to show how the private hospital breached the country’s drug importation regulations.

Earlier this year, the same hospital filed a similar case against Government over the refusal to allow India manufactured drugs into the country. In that case, Food and Drugs Director, Marlan Cole, refused to grant the registration of several lifesaving drugs to the hospital. Chief Justice (ag) Roxane George, S.C. deemed this decision unlawful.

Meanwhile, during the hearing at the High Court, questions were also raised over the certificates provided by the Indian manufacturers and whether these certificates were in keeping with the requisite sections of the Food and Drug Act.

The lawsuit also sought to compel the Food and Drug regulator to reconsider those licence applications and to provide a list of all new drugs currently being sold in Guyana along with the names of those persons authorised to sell them.

According to the court documents, Cole stated that he would not register any drugs manufactured in India. He had also initially failed to provide the hospital with the requested list of drugs and rejected all attempts by the hospital to settle the matter without court intervention.

Furthermore, Kissoon said, the hospital had routinely been provided with lists in the past and issued licences for drugs manufactured in India pursuant to Section 78(2)(k)(v) of the Food and Drug Regulations. He claimed that Cole was deliberately misleading the Court, stating that the “list supplied by Mr. Cole is woefully incomplete, in not containing the names of the local suppliers, registration numbers, date of registration, and manufacturer of the registered drugs.”