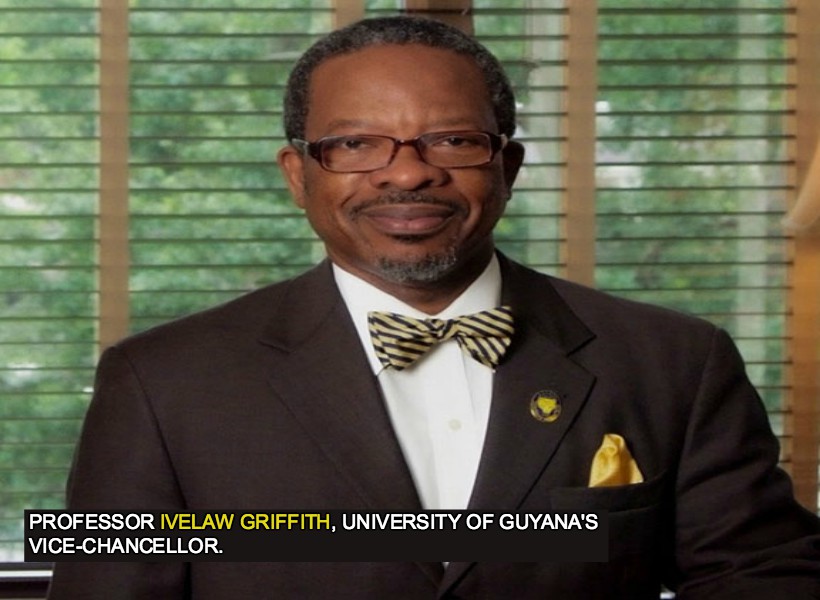 The University of Guyana has announced salary increases for its staff to the tune of GY$81.34M but its Vice-Chancellor, Professor Ivelaw Griffith, has warned that non-performing academic staff will not be granted the increase.

In a press release, UG revealed that its Finance and General Purposes Committee “unanimously approved” the request of Vice-Channcelor, Professor Ivelaw Griffith, for salary increases to the tune of three percent for all eligible UA staff and four percent for all eligible UB staff. These increases will be retroactive to January 1, 2018 and will be paid by December 20, 2018.

According to VC Griffith, “Although the 2018 negotiations with the unions never moved beyond differences over the agenda, I felt obliged to act on what we had planned all along to do; that is, to offer a salary increase for 2018.” He continued, “The administration maintains the principled position that performance will be a factor in this exercise, and that no academic staff with outstanding grades will be granted the increase.” It was further noted that the combined increase over the past two years has been nine percent and 12 percent for UA and UB staff, respectively.

Overall, the adjustment this year will cost the University GY$ 81.34M. According to VC Griffith, while the percentage increases are modest, the decision was guided by what the university could currently afford. The university further said that the increases were granted with the “understandable expectation” by staff members for some form of financial relief for the year.

Meanwhile, the release said, VC Griffith thanked all staffers for their service to students and the university as a whole.