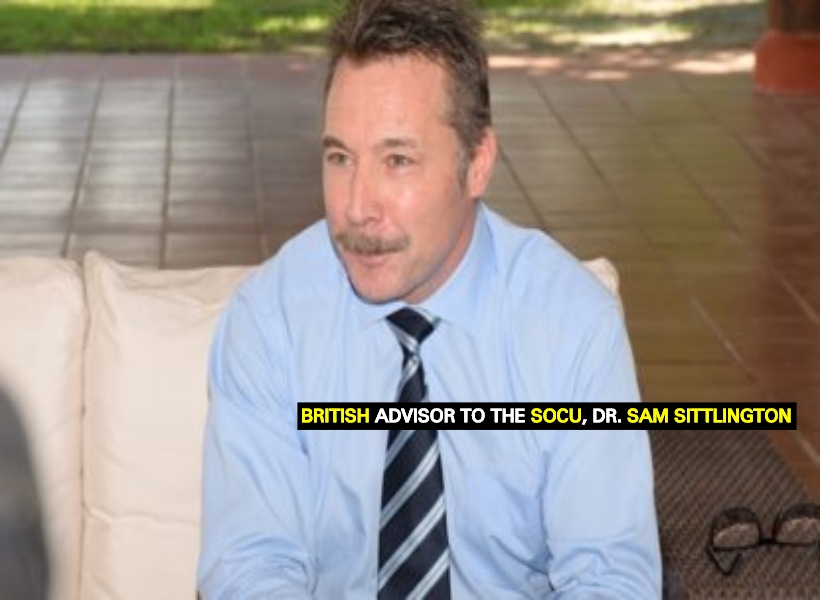 Despite being a signatory to quite a few anti-drug trafficking conventions, Guyana has made little progress in the last 25 years and has earned itself the title as the poorest fighter of drug trafficking in the Caribbean.

In an exclusive interview with the Guyana Standard this afternoon, the UK official noted that Guyana has the Anti-Money Laundering and Countering the Financing of Terrorism Act of 2009, the Interception of Communications Act of 2008, and the Criminal Law Procedure Act (revised in 1998). To date, however, the government has been unable to secure a single conviction under these laws.

Dr. Sittlington said, “There has been virtually no progress when it comes to prosecutions under these laws. In fact, Guyana has the poorest fight against drug traffickers in the Caribbean Region.”

To further cement his point in this regard, Dr. Sittlington noted that the Government of Guyana started to draft anti-gang legislation in 2014, but this process remains incomplete. He also pointed out that the government had launched a new Drug Strategy Plan (2015-2020) in January 2015 but no work has started on the implementation of this plan.

Sittlington also bemoaned the fact that Guyana has bilateral counternarcotics agreements with its regional neighbours and even the United Kingdom. He highlighted, too, that Guyana is also a member of the Organization of American States’ Inter-American Drug Abuse Control Commission (OAS/CICAD) and it even signed a maritime counternarcotics bilateral agreement with the United States in 2001. He said it is disappointing that the Government is yet to take the necessary domestic action to bring these agreements into effect.