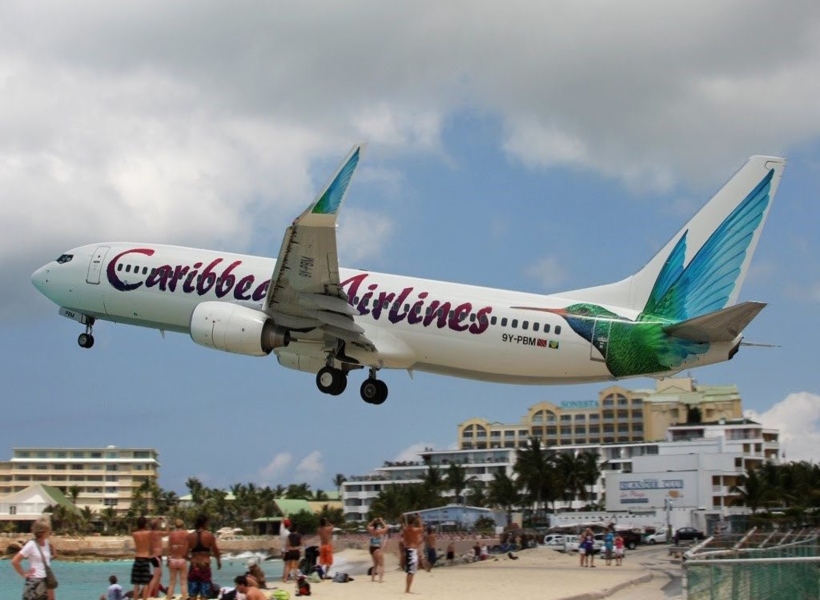 Passengers flying Caribbean Airlines will soon benefit from a more spacious and comfortable travelling experience when the airline enhances and renews its single-aisle fleet with the Boeing 737 MAX 8.

The airline made the announcement today and revealed that in the fourth quarter of November 2019, it will begin taking delivery of 12 MAX airplanes. The carrier has long operated the Next-Generation 737.

“In 2019, we will place even greater focus on enhancing regional connectivity with more options to make our region more easily and affordably accessible,” said Caribbean Airlines Chairman, S. Ronnie Mohammed, before explaining that the goal is to have the company’s “longer-term growth strategy” remaining on track.

Caribbean Airlines, which is based in Trinidad and Tobago and was designated national flag carrier status for Guyana, has boasted of its ability to not only serve the people of the twin island but the Diaspora and its valued stakeholders within the Caribbean and beyond.

Meanwhile, to amplify its appreciation, the airline yesterday recognised several of its corporate partners and longstanding top-tier frequent flyers at a customer appreciation reception held at the Hyatt Regency Ballroom, Port-of-Spain, Trinidad. In attendance were several dignitaries, including the Prime Minister of Trinidad and Tobago, Dr. the Honourable Keith Rowley.

In his feature address, the Prime Minister made reference to the airline achieving profitability for the first nine months of 2018. He said, “Conventional business wisdom says that if you want to turn a company around, you have to control your costs, increase your revenue, and take very good care of your customers. This is what Caribbean Airlines has been doing and we are beginning to see the results in this year’s figures.”

Honourees for the night included Skyline Freight and Aeropost, recognised for their contribution as Cargo Freight Forwarders and their existing and continued support of Caribbean Airlines as their preferred cargo freighter.  Skyline Freight was awarded Exporter of the Year, and Aeropost earned the award for Fastest Growing Importer of the Year. Travel agencies, Haygem Travel and Amral’s Travel Services, as well as RBC Royal Bank, Massy Group and Ernst and Young were recognised as Longstanding Partners and top Corporate Clients of Caribbean Airlines.

Caribbean Airlines also recognised Mr. Matthew Fermin as the top flyer in the highest tier Executive Gold category in Trinidad and Tobago. Fermin flew over 80,000 miles for 2017 and was awarded with Lifetime Club Membership, in the airline’s Club Caribbean. Five Gold Members were also rewarded for travelling over 40,000 miles each for 2017. Chief Executive Officer, Garvin Medera in his address stated “In the world of business, and especially in the world of airlines, loyalty is greatly valued. At Caribbean Airlines we do not take loyalty for granted and nothing lifts our hearts more than the support of our customers. This evening, we honour and reward some of those truly loyal customers and partners for whom Caribbean Airlines is always the preferred option.”