Home News Crime Security Personnel For Private Businesses Must Comply With Laws Or Else- Guyana... 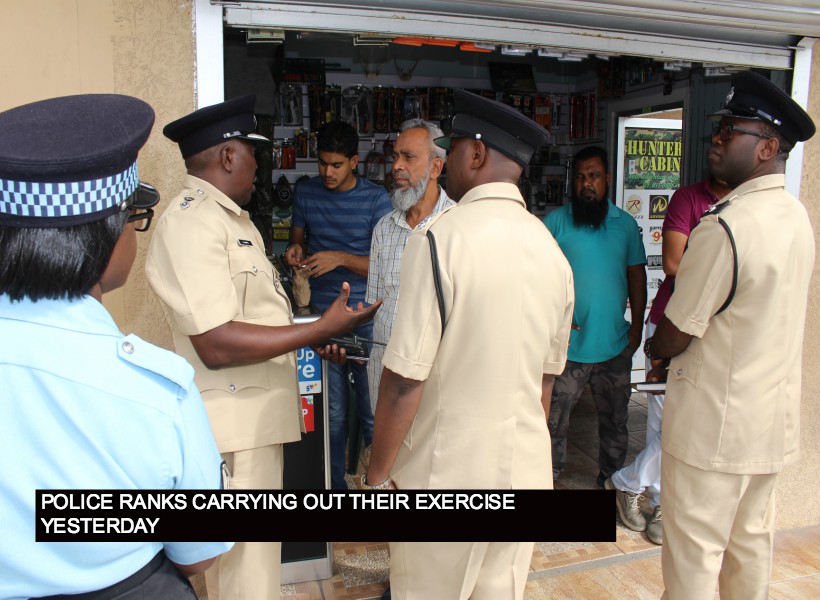 With Christmas just around the corner, the Guyana Police Force (GPF) conducted yesterday,an inspection of private security services operating in and around Georgetown.

The exercise was spearheaded by Senior Superintendent Errol Watts and aimed at ensuring security personnel were adhering to the basic safety requirements and other important prerequisites governing their existence.

During the exercise, some shocking discoveries were found which include security personnel and business owners not operating within the terms and condition of their licences as well as the laws of Guyana.

The police pointed out that heavily armed personnel were seen in full view of the public, and this they say, can cause unnecessary panic to shoppers.

Further to this, these security personnel were dressed in civilian clothing. According to the laws governing their existence, these guards were supposed to be dressed in uniform with their company logo printed on their shirts.

This news agency was told that business owners and the security guards were warned to comply with the laws governing their practice. The business owners were also advised to operate within their respective premises and not the pavement.

The Force said that this situation will be monitored closely to ensure adherence. Sanction will be applied if breaches are found in future exercises.

Additionally, this exercise was carried out at a time when the Guyana Police Force is sending out its ranks to carry out checks to ensure business owners are prepared for the Christmas season—one of the busiest time of the year.

Less than a month ago, an exercise was carried out where it was found that several business owners had installed dummy cameras.

To deal with increased criminal elements during this period, Crime Chief, Lyndon Alves advised owners to invest in proper surveillance system so in the event of something happening, there will be video evidence of the culprit(s).