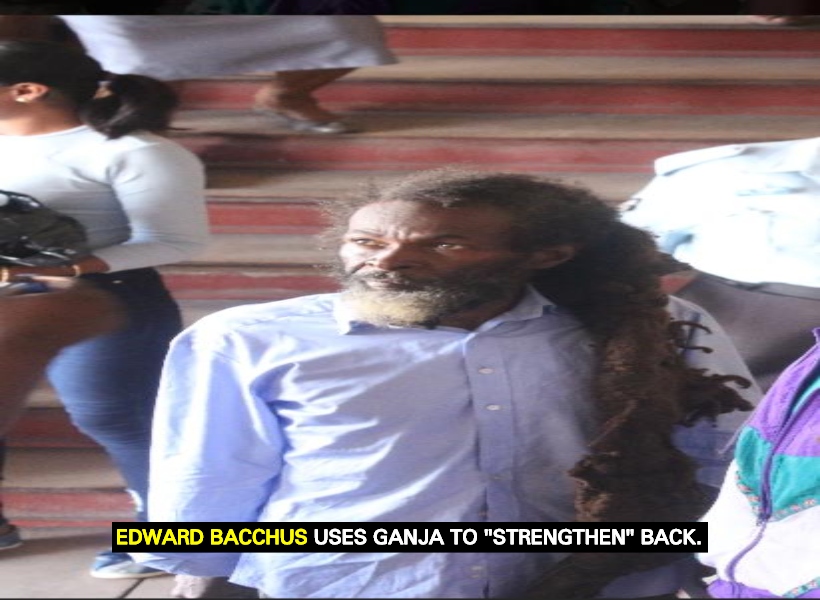 A farmer who told the court that he uses marijuana “on and off” to make tonic “to strengthen men’s back” was this morning fined $70,000 for trafficking 35 grams of the illicit drug.

Edward Bacchus, 60, of Linden/Soesdyke Highway appeared before Chief Magistrate Ann McLennan who read the charge to him.

It is alleged that on December 5, 2018, at Linden/Soesdyke Highway, he had in his possession 35 grams of marijuana for the purpose of trafficking.

In his explanation he stated, “I have a family to look after and the Highway is not an easy place to live. Them scavengers does just come and think they could do whatever they want on the Highway. So I decided to take a chance.”

Bacchus further went on to tell the court that he used the marijuana to make medicine to “strengthen men back.”

Facts presented by the court prosecutor stated that police acting on information went to Bacchus’ home where they saw him running with a black bag which he later dropped.

The bag was recovered and a quantity of leaves, seeds and stems of the marijuana plant were discovered.

He was the arrested and told of the offence to which he replied by saying “Officers I does use the weed on and off and I does mek medicine.”

Magistrate McLennan, after listening to both sides, fined Bacchus $70,000 or in default four months’ imprisonment.