Home Court “Me ain’t waste the court time so do something proper for me... 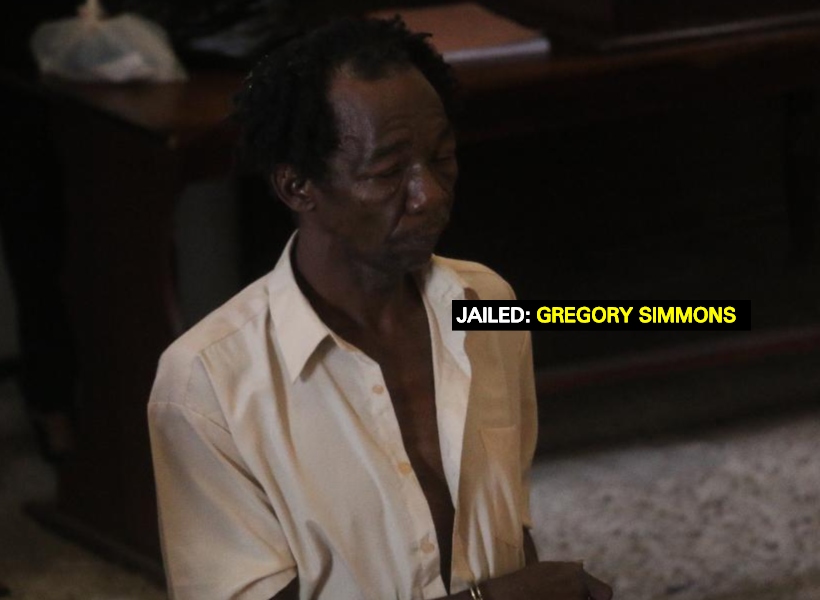 A man, who was apprehended minutes after breaking into another man’s home and carting off a quantity of articles, was this morning sentenced to nine months imprisonment.

Gregory Simmons, 50, appeared before Chief Magistrate Ann McLennan who read the break and enter and larceny charge to him.

He pleaded guilty to the charge which alleged that on December 6, 2018 at Bel Air Village, Georgetown, he broke and enter the dwelling house of Mark Trim and stole a quantity of articles valued $ 255,000.

The court heard that on the day in question, about 05:30 hrs, the victim woke up to a loud noise and upon checking he discovered several window panes missing and his door left open.

Trim, upon further checking, observed a quantity of articles missing.

An alarm was raise and persons in the area apprehend Simmons, the stolen articles were found in his possession.

The Police were summoned and Simmons was arrested.

Simmons, when given a chance to address the court stated, “ The most I can do is beg for leniency. Me ain’t waste the court time so do something proper for me Madam.”

The Magistrate, after listening to the Simmons, sentenced him to nine months imprisonment.