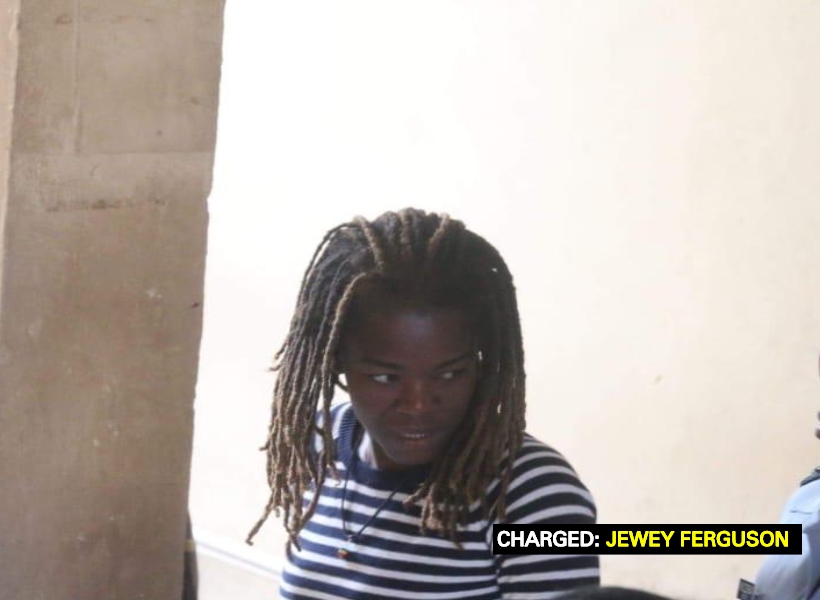 Days after a vendor stabbed a man to the region of his heart because he refused to pay her $600 for eddoe leaf that she gave him to sell, the woman was this morning slapped with an attempted murder charge.

Jewey Ferguson, 34, of Victoria, East Coast Demerara, was arraigned before Chief Magistrate Ann McLennan where the charge was read to her.

Ferguson was not required to plead to the indictable charge after it was read to her in the Georgetown Magistrates’ Courts.

While Police Prosecutor did not oppose to bail being granted to Ferguson, he told the court that the victim and the defendant are known to each other since they both sell at the Bourda Market.

Prosecutor Mansfield told the court that Ferguson gave George 10 packets of eddoe leaf to sell and to return the proceeds which is $600 to her.

However, George failed to hand over the money.

The court heard that on December 2, 2018, Ferguson confronted George and an argument ensued over the money, hence Ferguson pulled out a knife from her apron and stabbed George to the region of his heart.

George, who fell to the ground, was picked up and rushed to the Georgetown Public Hospital Corporation (GPHC) where he underwent emergency surgery.

The victim who was present in court stated “Madam I need justice. I had to do surgery because she puncture my lungs.”

Magistrate McLennan, after listening to the Prosecutor facts, released the woman on $250,000 bail. She was also placed on a bond to keep the peace until the completion of the Preliminary Inquiry (PI).

The unrepresented woman will make her next court appearance on January 2, 2019.