Home News “I will die a happy person now, I have a clear conscience”... 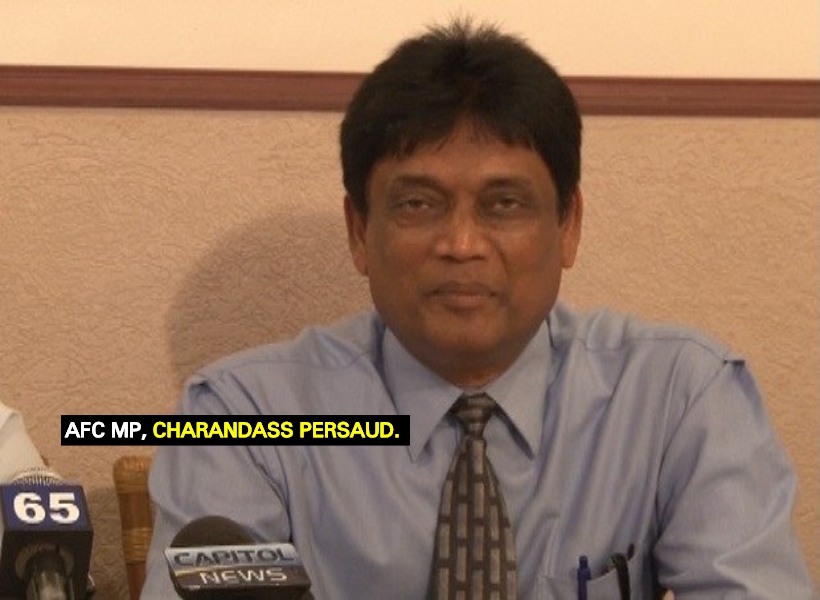 “If I die now because people may not be happy with what I have done, then I will die a happy person because I have a clear conscience…This is the first time I voted because of my conscience and not because of party lines…”

Those were the words of Alliance For Change (AFC) Member, Charandass Persaud. He is the Berbician lawyer who gave his support to the Opposition’s historic No-Confidence Motion that was debated in the National Assembly yesterday.

Speaking to members of media about this shocking decision, Charandass assured that he was not coerced by the People’s Progressive Party (PPP) nor was he paid off. In fact, the AFC Member said, “I cannot be bought…”

It appears however that there were three critical issues which informed his decision to break party line and vote based on his “conscience.” Charandass expressed his dissatisfaction with the fact that President David Granger seems out of touch with the other members of the coalition as he said, “…I have not spoken to that man (the Head of State) about anything. He hardly says hello to me…”

The AFC Member was also displeased about the Government’s displacement of thousands of sugar workers without any social programme in place for them. And what seemed to be the last proverbial straw for Charandass was the controversial statement by APNU Parliamentarian and Public Health Minister, Volda Lawrence, that she is only interested in giving jobs to her party members.

Charandass said he wrote to AFC Leader, Raphael Trotman to take a stance on the issue but he did nothing.

The politician said, “I wrote to him and said we have to make a serious statement. But what did Trotman do as leader of the AFC? He defended Volda Lawrence! And then what did Volda do? She just apologized. Trotman looked as though he was just pissed on by Volda Lawrence and I am taking all of that as an AFC member because we have no say…”

Charandass continued, “I have nothing against APNU and AFC members. But the AFC team has disappointed me terribly. And I did not work so hard to put them in power just so they can run around and live the good life and mess with the people. They destroyed the lives of sugar workers in a village I live in and I can’t live with that. If I die now because people may not be happy with what I have done, then I will die a happy person because I have a clear conscience.”

The AFC Member added, “I am not concerned with who thinks I am a traitor as they have called me. They even threatened me and said I should die and I am a sellout…Well, I will die. It is not my ambition to live forever…”

Charandass said he thought long and hard about his decision on Thursday night. He said he was even unable to have a peaceful night’s rest. But he is nonetheless happy with his decision.

He said, “I was against the PPP because all they were doing was getting rich and we were not doing anything differently.”

Further to this, Charandass said he will save the AFC the trouble of expelling him from the party and resign. He said he will also tender his resignation as Member of Parliament on January 3. Charandass also gave his word to the media that he would not be returning as a member of any party much less as a political candidate for the General and Regional Elections which is due in three months.

Charandass said this is the end of his political career. He has since fled these shores.