Home Court Linden man charged with murder of youth who spilled alcohol on his... 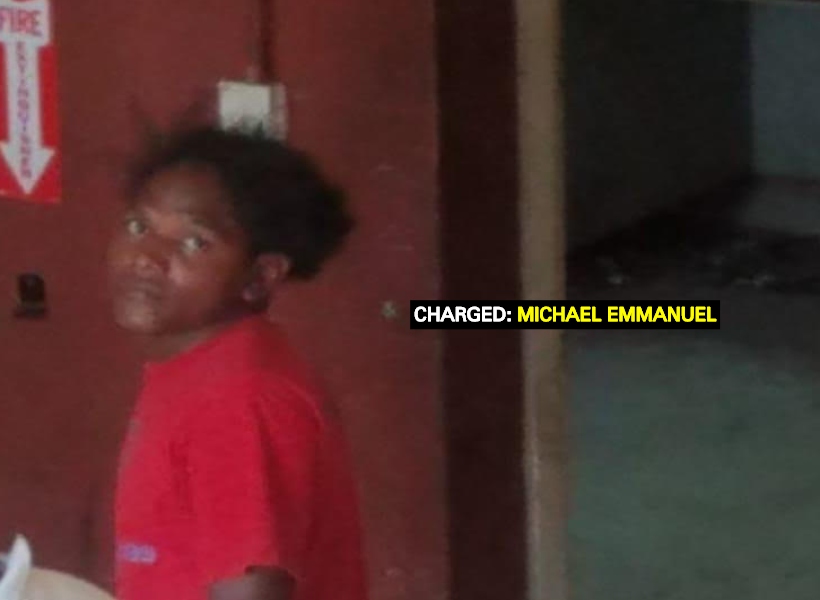 A West Watooka, Wismar, Linden man was this afternoon remanded to prison for the murder of 21-year-old Leonard Peters, who he allegedly beat to death over alcohol that was spilled on his brother.

Michael Emmanuel, 22, also known as “Giddie”, was arraigned before Senior Magistrate Dylon Bess in the Georgetown Magistrates’ Courts where a murder charge was read to him.

Emmanuel was instructed to make his next court appearance on January 8, 2019 when he will appear before the Chief Magistrate.

According to information, on the day in question at around 22:50hrs, Peters was beaten by two brothers at West Watooka, Wismar, Linden with two pieces of wood. He was also stabbed once to his chest. It is unclear who is said to have caused this wound.

It was reported that Emmanuel, a mason, and his teenaged brother were at the home of a mutual friend socialising and imbibing alcohol when Peters mistakenly caused some alcohol to spill from his glass on the teen.

Emmanuel, it is said, then managed to grab a piece of wood and struck Peters to the head. A police source said that eyewitnesses claimed that after Peters received the first blow to the head, he collapsed on the roadway.

An injured Peters was rushed to the Linden Hospital Complex where he died while receiving treatment.