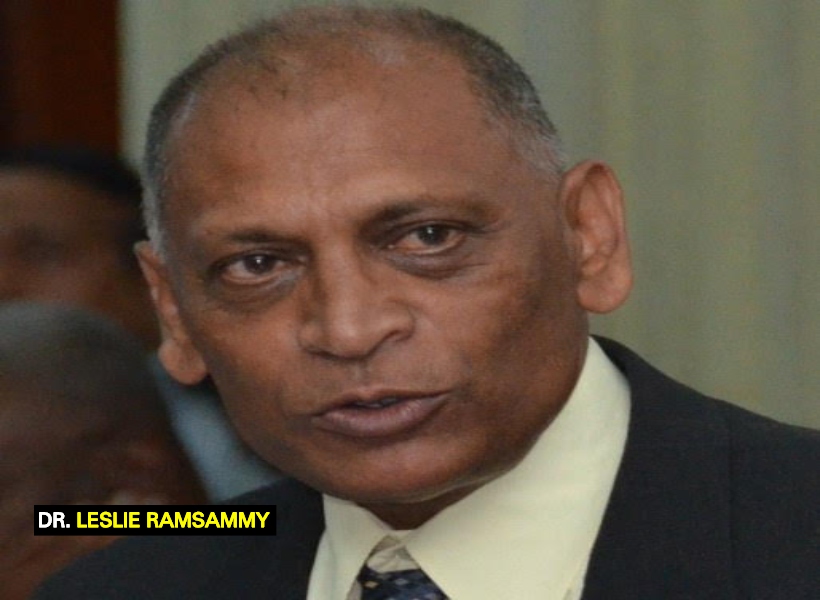 Guyana has the capacity to produce one million tonnes of rice whenever it chooses to. This is the vocalised conviction of former Minister of Agriculture under the People’s Progressive Party/Civic regime, Dr. Leslie Ramsammy.

Dr. Ramsammy, who is convinced that Guyana has the market to significantly increase its export, made it clear that such an objective can only be attained if government plays a strong role, together with farmers and millers.

Troubling, Dr. Ramsammy said, is the fact government itself, at its highest level, has reiterated the Minister’s position, insisting that the non-payment of farmers for paddy sold is not any business of the government since the transactions are squarely private arrangements between private people, in this case, millers and farmers.

“The President has affirmed this position and so have other people, like the Prime Minister. But an injustice being endured by any citizen is the business of government. In refusing to intervene, the government is abrogating its responsibility to uphold justice in our country, abdicating its responsibility as laid out in the laws of the country,” Dr. Ramsammy posited.

The government, according to Dr. Ramsammy, has an obligation to intervene. Not only because farmers are citizens of the country, but also because the rice industry is the largest employer in the country today, since the downsizing of sugar by closure of sugar estates.

In fact he quipped “the rice industry is almost solely responsible for keeping GDP growth positive since 2015. Without rice, APNU+AFC would have been burdened with the distinction of negative GDP growth for 2015, 2016, 2017 and 2018. This industry contributes significantly to the viability and growth of the shipping industry.”

He, moreover, underscored that the hands-off posture of the APNU+AFC, such as the silence on non-payment of farmers, is totally responsible for Guyana having failed to reach the target of 700,000 tons of rice. He observed that “After the first crop of 2015, when we reached production of 398,000 tons, Guyana was on target to reach 700,000 tons. But there was a sizeable drop in production in the second crop and Guyana failed to reach the 700,000 tons target.”