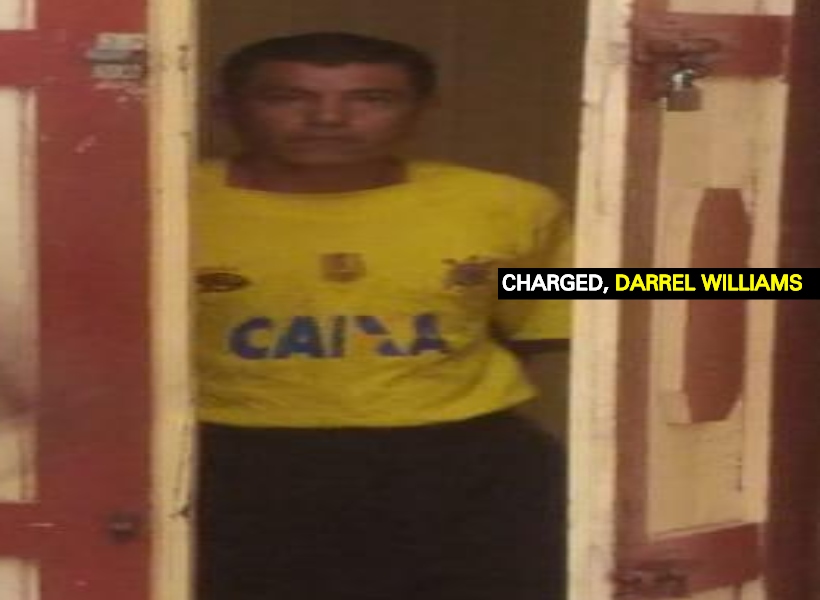 Days, after a Brazilian man was accused of stealing from a friend and his battered body found on an open track, the friend — a local farmer — was this afternoon charged with murder.

It is alleged that on December 25, 2018, at Moca Moca Village, Central Rupununi, he murdered Elvis Aulicio.

An unrepresented Williams was not required to plead to the indictable charge after it was read to him.

Facts presented by court prosecutor, Sanj Singh, stated that on Christmas Day, Aulicio and Williams along with other friends were at a birthday celebration consuming alcohol when the two got into a heated argument.

The court heard that Williams accused Aulicio of stealing his haversack which contained valuables.

Aulicio then left the birthday celebration but was followed by an irate Williams.

It was while the two men were on a track in the open savannah at Moca Moca Village, Central Rupununi, the men began arguing again and Williams pulled out a knife from his pocket. He allegedly stabbed Aulicio several times about his neck and upper body.

Aulicio’s, a farmer, of Bon Fin, Brazil was left on the trail and his body was discovered by miners who were passing. He was taken him to the Lethem Public Hospital where he was pronounced dead on arrival.

The matter was then reported, hence an investigation was carried out and Williams was arrested and charged for the capital offence. He was instructed to make his next court appearance on January 7, 2019.