Home Court Farmer remanded over killing man who annoyed him 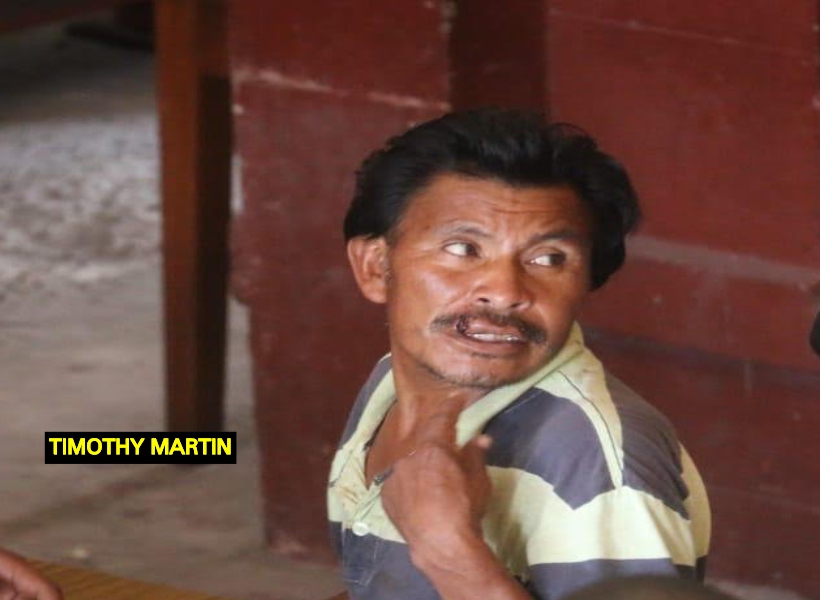 A farmer who allegedly stabbed a man because he was asking him too many questions was today slapped with a murder charge.

Timothy Martin, 47, of Kurukabaru Village, Paramakatoi, was this afternoon arraigned before Chief Magistrate Ann McLennan in the Georgetown Magistrates’ Courts.

He was not required to plead to the indictable charge which stated that on December 27, 2018 at Kurukabaru Village, Paramakatoi, he murdered Debert Ovid Joseph.

Facts presented by the court prosecutor stated that on the day in question, Martin was at a shop consuming “cari wine” with friends.

According to information, after a few drinks, Martin began to behave in an abusive manner and started accusing two men of touching him in a sexual manner.

The now deceased man approached Martin and was inquiring what the problem was and he became annoyed, pulled out a knife from his waist and stabbed him several times about his body.

The injured man was rushed to the Paramakatoi hospital where he succumbed while receiving treatment.

The matter was reported, an investigation was carried out, hence Martin was arrested for the offence.

He was instructed to make his next court appearance on January 15, 2019 at the Mahdia Magistrate’s Courts.