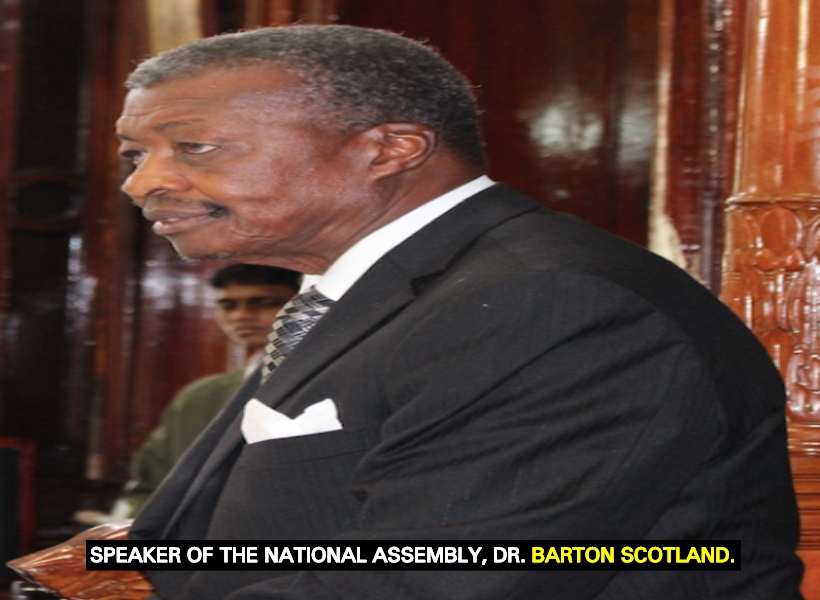 Dr. Scotland said that since the passage of the motion,  he received several solicited and unsolicited pieces of advice which cast some degree of doubt on the validity of the voting process.

Dr. Scotland said that some arguments contend that the motion required 34 votes to be considered passed. Others contend that former Parliamentarian, Charrandass Persaud was not a qualified elected member of the National Assembly, that he is a citizen of another country, and has since taken measures to go to that other state (Canada).

Further to this, Dr. Scotland said that the matter is one which the Attorney General, Basil Williams wrote him on, and requested that he revisit the issue. Dr. Scotland made it clear that he has the power to review and rescind any decision that he makes, provided that it abides by the Constitution. Be that as it may, he said that there must be compelling grounds to invoke such powers.

Given the arguments brought to his attention, he believes that they warrant answers which must be sought from outside of Parliament. The Speaker said, “As done in other jurisdictions which faced similar situations, they turned to the courts for guidance. Here, there are divergent opinions on the vote of No-Confidence Motion…The court should deal with this matter and provide a final answer that will provide guidance to the Speaker, this House, and how this matter shall be dealt with going forward…”

The Speaker also acknowledged the absence of the political opposition at today’s sitting and expressed hope that both sides would seek to exemplify respect and speak with each other on the issues at hand.