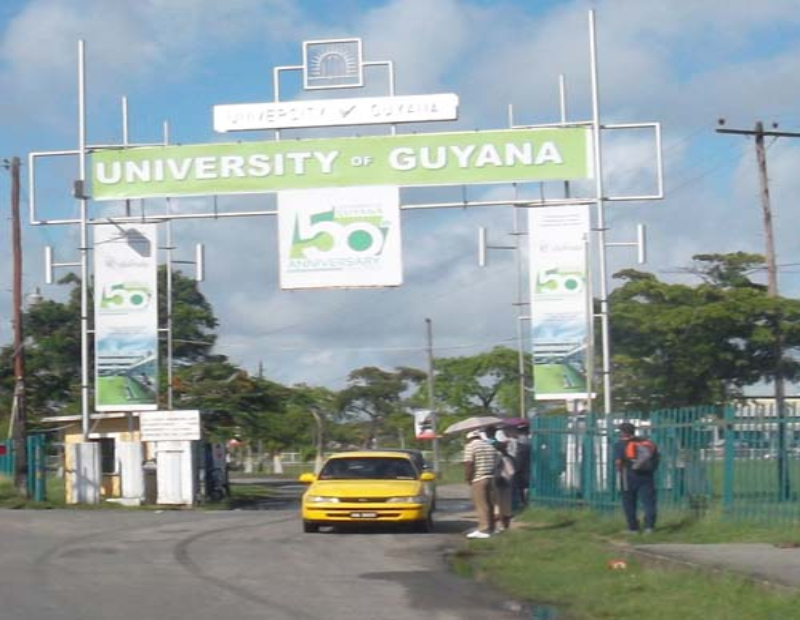 The University of Guyana (UG) and the United Minibus Union (UMU) have inked an agreement on transportation services for the Turkeyen Campus, effectively barring buses not registered with the union from entering the campus.

The recently signed three-year agreement will cater to the provision of a minibus service for staffers and students who commute to and from Georgetown and the East Coast of Demerara.

With the agreement in effect, buses not registered with the union will be restricted from entering the campus for the purpose of being a transportation provider on the routes specified.

The agreement was signed by Registrar of the University Dr. Nigel Gravesande and President of the United Minibus Union Mr. Eon Andrews. Based on the content of the agreement, the bus service will be provided by the 47 registered Route 44 bus drivers who ply the Georgetown/Turkeyen route between the hours of 07:00 and 21:30 Monday to Friday, and 07:00 and 18:30 hours on Saturdays.

The drivers who ply the Turkeyen to Mahaica route operate from 16:30 to 21:30 hours from Monday to Friday.

According to a joint statement disseminated by the parties today the agreement will ensure that the passengers of the target routes pay a fare of $120, while the national fare structure will apply for other destinations.

To ensure that the agreement works well, it has been agreed that the UG-sticker must be prominently displayed on each bus and both drivers and conductors are outfitted with t-shirts and caps provided by the Union. Further it is mandatory that they adhere to the minibus operators’ Code of Conduct agreed to by both parties at the signing.