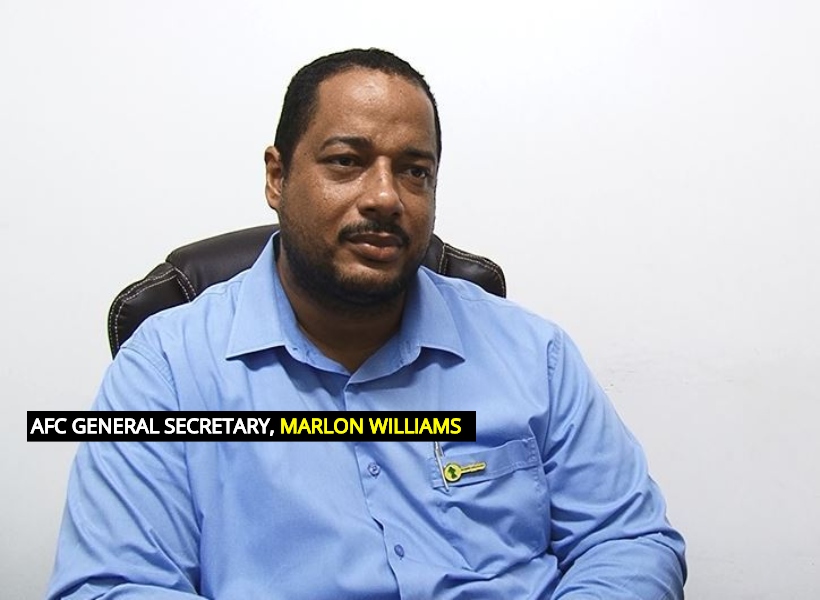 Prior to his unrelenting support for the Opposition’s No-Confidence Motion, former Member of the Alliance For Change (AFC), Charrandass Persaud was not forthcoming about his dual-citizenship status.

This is according to AFC General Secretary, Marlon Williams. He was at the time responding to questions from the media at the party’s first press conference for the year. Media operatives sought to ascertain the time in which the AFC learned that Persaud, a Guyanese born Berbician, was also a citizen of Canada.

Williams noted that when his predecessor, Public Infrastructure Minister, David Patterson, was rounding up AFC Members for seats in the Parliament, Persaud and others were specifically asked if they were dual citizens. He said that at no time, Persaud or any of the other members did not divulge this information.

Minister of Public Security, and Chairman of the AFC, Khemraj Ramjattan who was also present, was asked to say how the intelligence of the party could be so weak that they did not have a clue about Persaud’s intention to support the PPP’s motion. In this regard, he was reminded that Persaud made moves to have his office in Berbice taken over by another judicial practitioner, was trying to get his car sold and had purchased his ticket for Canada. For further context, Ramjattan was also challenged to say how his Special Branch missed this information when it has some responsibility for doing political analysis.

Ramjattan acknowledged that indeed, Special Branch does have some role in political analysis. “But there will be slips…Even the great USA has slips…You have to remember, this is a smart and treacherous fella we are dealing with…” the Minister added.

Ramjattan said, too, that perhaps, they should have been able to do some intelligence gathering. But going forward, it is being dealt with in the courts.

Also lending her voice to the issue was Public Telecommunications Minister, Cathy Hughes. She noted that the issue of dual citizenship is something that the entire Caribbean has had trouble with. And in any evolving democracy, Hughes said that there will be issues that will bring certain practices to a halt. In this case, she said that Persaud matter will pave the way for the court to determine the way forward.

Further to this, Hughes in her opening statement sought to clarify that one of the AFC’s Parliamentarians, Business Minister, Dominic Gaskin, was born in the UK but was able to obtain Guyanese citizenship due to his Guyanese parentage. She stressed that Gaskin did not pledge allegiance to any country and so he is a valid Parliamentarian.

On the other hand, she and her other partners opted not to comment on the fact that they are challenging the dual citizenship status of one of its former members when other members of its coalition hold the same status. Foreign Affairs Minister, Carl Greenidge and State Minister, Joseph Harmon are just two of those persons.