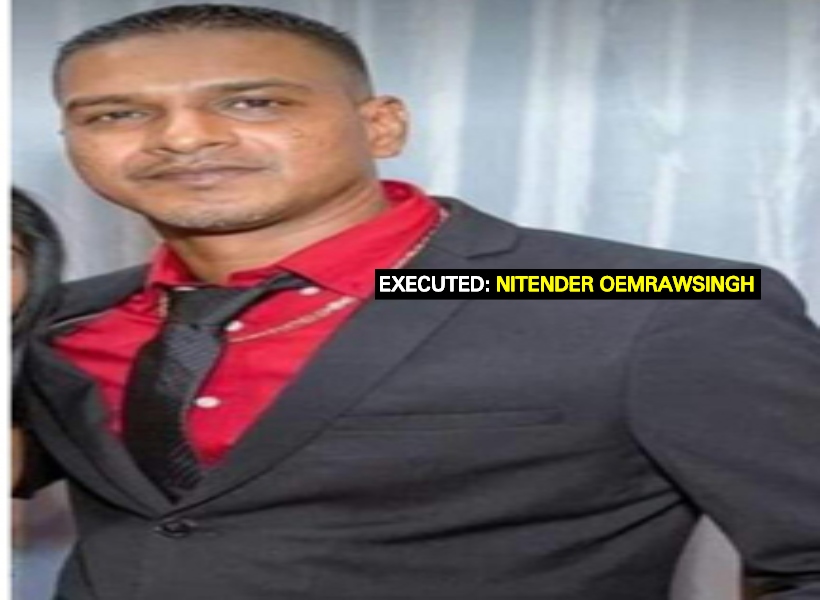 Surinamese rice exporter, Nitender Oemrawsingh, whose lifeless body was found on the Number 63 Beach, Corentyne, Berbice, on Monday with a gunshot wound to the head, did not travel to Guyana legally.

This is according to Commander of ‘B’ Division, Senior Superintendent Paul Langevine during an interview with this news agency this morning.

Langevine explained that his investigating ranks have checked with immigration at Moleson Creek—the entry and exit port for Suriname—but did not find any records of the deceased entering Guyana. However, there is still the possibility of him entering the country illegally.

The Guyana Standard has been informed that up to late yesterday investigators were trying to locate surveillance footage in the area in the hope of determining how the body ended up on the beach but have come up empty handed thus far.

While there is no concrete evidence at this point, Langevine said that ranks are looking at a few theories including the possibility of the deceased being murdered in neighbouring Suriname and his body brought and dumped here.

A post mortem examination revealed that Oemrawsingh died from shock and hemorrhage due to a single gunshot wound to the head. The body was subsequently handed over to his relatives yesterday.

Oemrawsingh was the Suriname-based businessman in whose containers some 2300 kilos of cocaine destined for France was discovered a little over a week ago. He was detained for questioning by Surinamese authority and just days after his release, his body was found.

At this point, ranks have not been able to ascertain whether any Guyanese is connected to the 2,300 kilos of cocaine—said to be the biggest bust in Suriname.