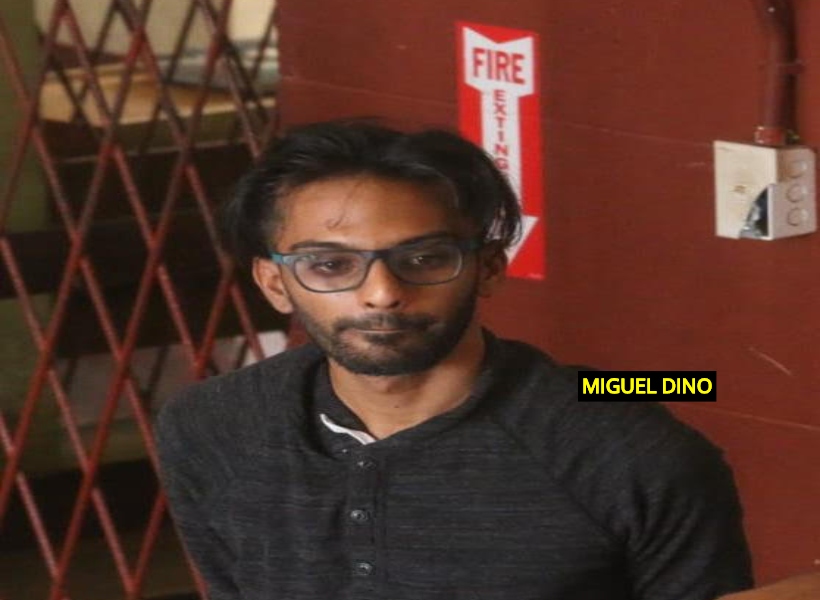 A real estate owner who went to a city bank and pretended to be a representative from John Snow Research Training Inc., was today charged and remanded to prison after being slapped with three fraud related charges.

Miguel Dino, 24, of 115 Thomas Street, Kitty, is accused of forgery, obtaining money by fraud, and uttering a forged document.

The first charge stated that on January 3, 2019, at Georgetown, with the intent to defraud, he forged one Citizens’ Bank cheque in favour of himself, purporting to show that same was genuinely issued by John Snow Research Training Inc.

It was further alleged that, on the same day, with the intent to defraud, he obtained the sum of $1.2M from Citizens’ Bank, with a forged document, purporting to show that same was signed by one Tonia Newton, the secretary of John Snow Research Training Inc.

The last charge stated that, on the same day and the same location, with the intent to defraud, he gave to Citizens’ Bank teller, Sona Drakes, one forged Citizens’ Bank cheque, issued by John Snow Research Training Inc.

He pleaded not guilty to all the charges after they were read to him by Principal Magistrate Sherdel Isaacs-Marcus in the Georgetown Magistrates’ Courts.

Dino was represented by Attorney-at-law Tiffany Jeffrey who asked that her client be released on bail in a reasonable amount.

Police Prosecutor Adduni Inniss stated that John Snow Research Training Inc. is a project in Guyana that is funded by the US Government.

The court heard that the defendant went to the bank and pretended to be a representative of the company and produced a cheque for $1.2M.

A few days later, bank representatives observed several discrepancies as it relates to the cheque and they called Newton, who told them that she did not issue any cheque to the defendant.

The police was then called in and, upon viewing the CCTV footage, they observed Dino entering and exiting the bank around the same time the cheque was cashed.

An investigation was then carried out and he was arrested and taken into custody, hence, charged.

The Prosecutor made serious objections to bail being granted to Dino, citing that the defendant provided the bank with 15 different addresses.

The Prosecutor added that, if bail is granted, Dino would not return to court for the trial.

The Magistrate, after listening to the Prosecutor, remanded Dino to prison.

He was instructed to make his next court appearance on February 4, 2019.