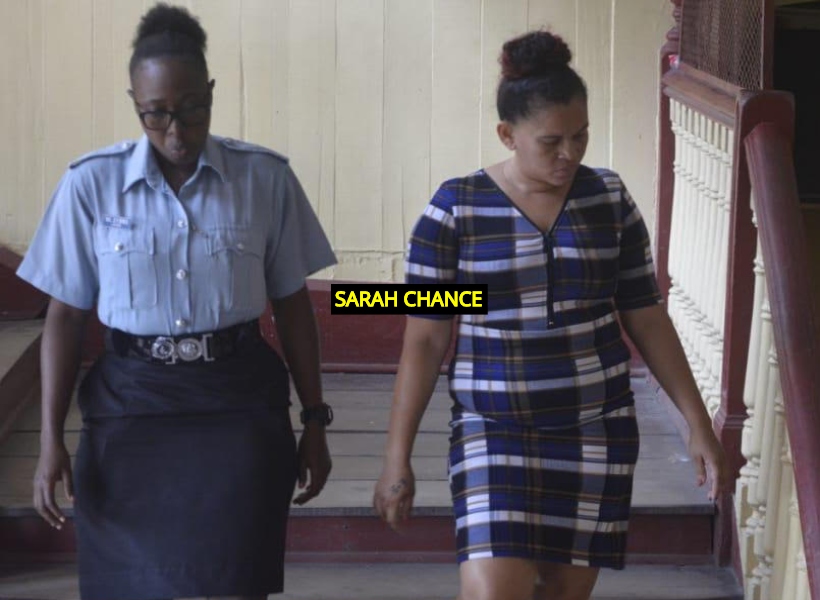 A woman who told the court she tried to help out someone by taking a pair of boots to a prisoner at the Georgetown Courts lock-up, was today remanded to prison on a trafficking of narcotics charge.

She denied the charge which stated that, on January 21, 2019 at the GMC, she brought 23 grams of cannabis into the lock-up.

The unrepresented woman, when given a chance to address the court, told the Magistrate that she tried to “help out” someone by dropping a pair of boots for an inmate.

She added that she made contact with the inmate via phone who asked her to go to Georgetown bus park and collect $10,000 from a friend to buy a t-shirt and other items.

The woman went on to tell the court that, on arrival at the bus park, a man told her to go to Albouystown to uplift something for him.

It was while in Albouystown that the woman was reportedly given a pair of boots to take to court for the inmate.

However, facts presented by Police Prosecutor Annalisa Brummell stated that, based on information received, the defendant was aware that she was delivering the shoes with the narcotics to a prisoner.

It was while police officers at the court indicated that the footwear had to be searched, that the woman began acting in a suspicious manner.

The officers at the court, upon checking the shoes, found the cannabis along with tobacoo leaves compressed into the sole of the boots.

She was then told of the offence to which she denied. Hence, she was arrested and taken into custody.

The Prosecutor made serious objections to bail being granted to the woman, citing the prevalence of the offence and the attached penalty.

She added that the woman had knowledge of the narcotics being in the shoes, and still attempted to smuggle it into the court lock-up.

The Magistrate, after listening to the Prosecutor’s facts, remanded the woman to prison.

She will make her next court appearance on February 19, 2019.