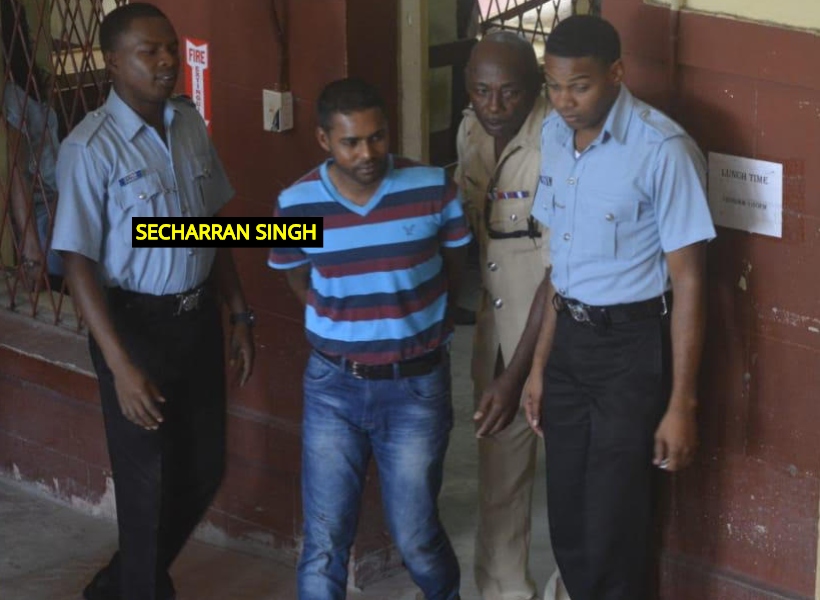 A serving member of the Guyana Police Force (GPF) was this morning remanded to prison after being charged with rape of a 13-year-old girl.

It is alleged that between June 17, 2018 and June 18, 2018, at Plantation Providence, East Bank Demerara, he engage in sexual penetration with a child under the age of sixteen.

Singh, who is attached to the Brickdam Police Station, was not required to plead to the indictable charge after it was read to him by the Magistrate.

The matter was held in-camera and members of the public and the media were barred from entering the court room.

According to information, the teen was left in the care of the police officer when he made advances to her, while her mother was out with another friend.

The officer allegedly took the child in a room and had sexual intercourse with her.

When the child’s mother returned home, the minor confided as to what transpired and the mater was reported.

An investigation was carried out, hence the officer was arrested and charged for the offence.

The officer was represented by Attorney-at-law Bernard DaSilva who asked that his client be released on reasonable bail.

While Police Prosecutor Adduni Inniss made no objections to bail being granted to Singh, she asked that conditions be attached.

However, Magistrate Marcus denied bail citing the safety of the child and the fact that the child trusted the police rank.

The Magistrate added that if bail is granted to the defendant he would likely tamper with the witnesses.

He was instructed to make his next court appearance on  February 5, 2019.