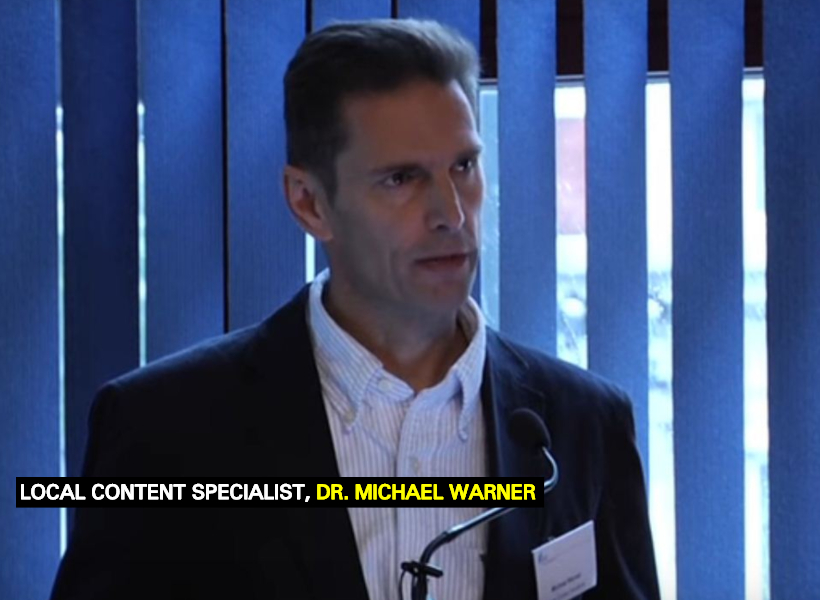 ExxonMobil’s Local Content Specialist, Dr. Michael Warner, will be the person putting the finishing touches on the nation’s Local Content Policy after being awarded a $22M contract by the Government of Guyana.

This was revealed during a press conference that was held recently by Minister of State, Joseph Harmon. He said a “Ministerial Plenary” noted that the $22M contract was granted to Warner.

Not only is Dr. Warner an employee of ExxonMobil, but his company, Local Content Solutions Limited, was acquired by DAI International Group a few months ago. DAI is an American company. It manages ExxonMobil’s Local Content Centre for Development located on South Road, Georgetown. Warner provides training there on how local businesses can fit themselves into ExxonMobil’s supply chain.

Last year June, this news outfit reported that ExxonMobil had brought in one of its specialists on local content to give the government advice, especially as it relates to how it can implement the Local Content Policy. That document is yet to be completed. But Warner’s contract now gives him the legroom to do this.

The Guyana Standard was also informed by ExxonMobil that Warner brings 20 years of experience in the local content arena. But an exclusive interview with the specialist had exposed whose interest Warner is versed in representing.

Dr. Warner acknowledged to the Guyana Standard that he has never singlehandedly written a local content policy for any country moreover instituted one in his lifetime. In fact, his experience on local content is mostly based on creating one-page local content strategies for oil majors.

He had said that Guyana’s highly criticised draft policy will not work if the “main opinion from the investor” is not included in that document. On this premise, he believes that he was brought in at the right time to represent ExxonMobil in the area of local content.