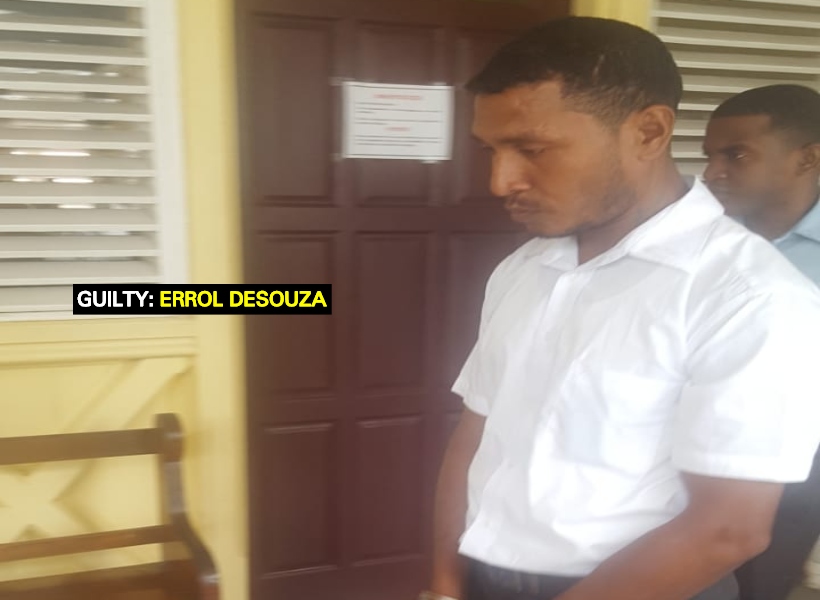 A man was this afternoon found guilty on two counts of rape committed on an underage girl.

The man, Errol DeSouza stood shocked in the prisoners’ dock at the announcement of the verdict by the jury foreman.

Sentencing for DeSouza has been adjourned until March 06, 2019, for the presentation of a probation report.

The now convict, who was out on bail pending trial, was ordered remanded to prison by trial Judge Jo Ann Barlow.

He was represented by attorney Ravindra Mohabir, while the case for the State was presented by Prosecutors Lisa Cave, Sarah Martin and Seeta Bishundial.

This trial was heard in the Sexual Offences courtroom at the High Court in Georgetown.