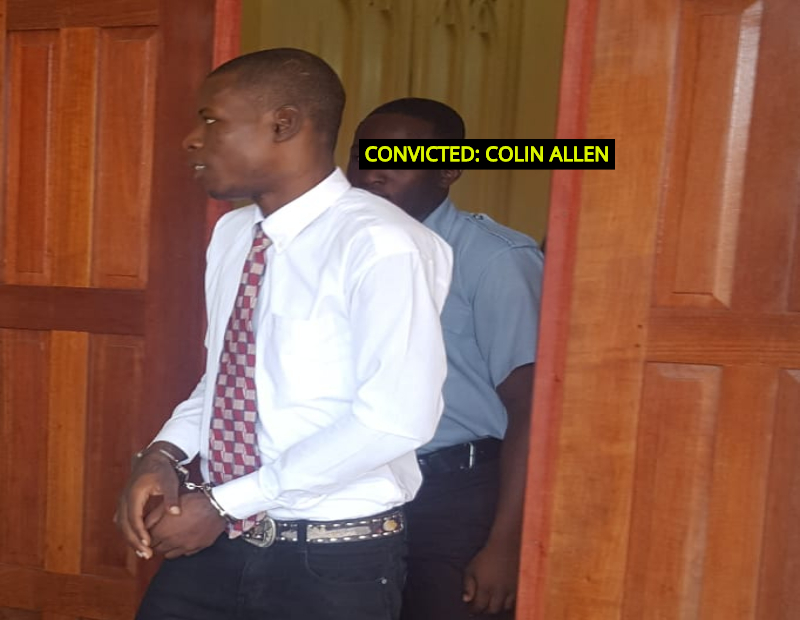 “I don’t think a man like you should ever see daylight again,” uttered Justice Navindra Singh to 26-year-old Colin Allen before sentencing the man to 100 years imprisonment for the murder of Montrose, East Coast Demerara pensioner, Danrasie Ganesh.

The sentence was handed down moments ago after a 12-person jury found Allen, also known as ‘Bonus’, formerly of Cemetery Road, Timehri, East Bank Demerara, guilty of the crime. The verdict was unanimous and the jury deliberated for about three hours. On August 1, 2015, in the county of Demerara, Allen murdered Ganesh, 77, who is also known as ‘Carmen’. 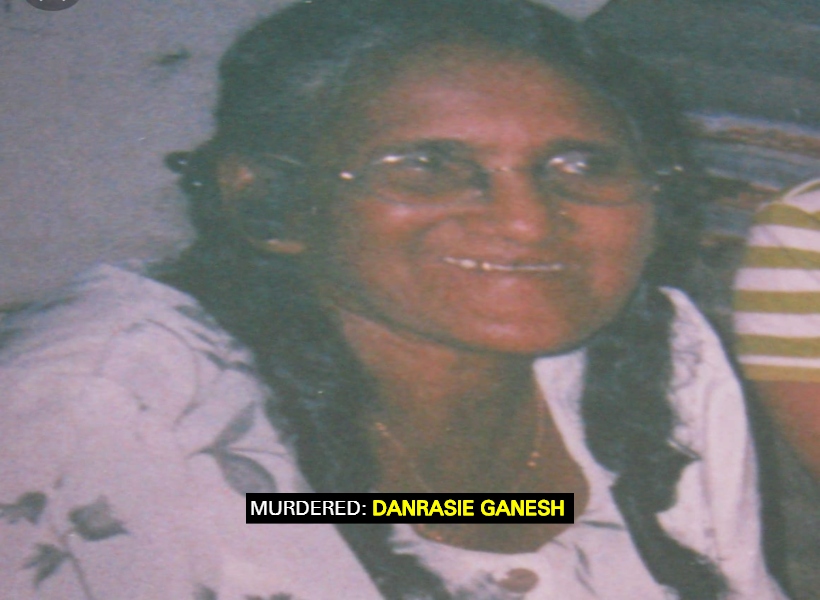 According to facts presented by State Prosecutors Tuanna Harding, Abigail Gibbs, and Teriq Mohamed, Ganesh lived alone at Lot 121 Montrose, East Coast Demerara and on the day in question she was visited by an unwanted guest, Allen, who was unknown to her.

The prosecutors told the jury that Allen entered the woman’s house as though he knew her and murdered her. He later made good his escape but was captured three weeks later. According to a caution statement given by Allen to detectives, he was paid $700,000 to kill the elderly woman and steal documents pertaining to her property.

At the announcement of the verdict, Allen’s lawyer Rachael Bakker appeared dumbfounded. When asked by the judge if she had anything to say in mitigation on behalf of her client, Bakker responded in the negative. Allen, on the other hand, maintained that he did not kill the woman, while insisting that he was never at her home.

During the trial, CCTV footage from Ganesh’s home was tendered into evidence. In the footage, a man was seen in the woman’s house hitting her on the head with a tyre wrench, kicking, and stomping her. “They say a picture is worth a thousands words,” Justice Singh told Allen, adding that, there were over 60 minutes of footage showing him committing the crime.

In arriving at a sentence for Allen, Justice Singh commenced at a base of 60 years.

This trial was heard at the High Court in Georgetown.