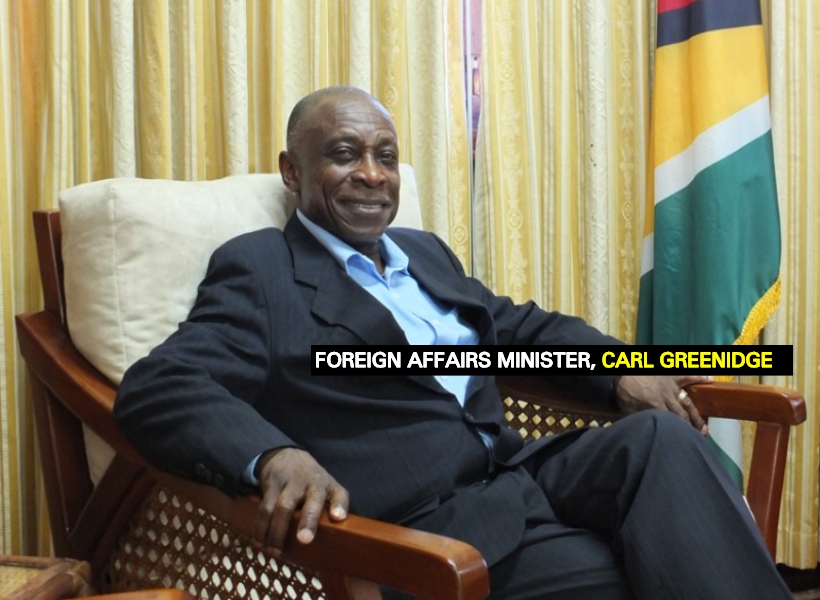 Guyana is keeping itself out of Venezuela’s internal affairs and will instead hold a “CARICOM position” regarding the South American nation, says Foreign Affairs Minister, Carl Greenidge.

Greenidge shared this stance with Guyana Standard at a time when he is participating at the 30th Inter-Sessional Meeting of the Conference of Heads of Government of CARICOM, which started yesterday and ends today at the St. Kitts Marriott Resort.

Heads of State and Foreign Affairs Ministers across the world continue to take sides when it comes to the political crisis in Venezuela. Some are in support of the self appointed President, Juan Guaidó, while others are for embattled president, Nicolás Maduro. Few like Mexico and India have said that they will not take a side, but rather, offer help with respect to mediation.

During a brief interview, Greenidge was informed that China has now joined Russia in opposing US sanctions which were imposed against the Maduro-led Venezuela. In fact, The Newsweek released a report (https://www.newsweek.com/china-back-venezuela-warns-consequences-1309716) today on the matter that noted that, after recognising National Assembly head Juan Guaidó’s claim to the presidency, President Donald Trump and his administration have laid out measures intended to force President Nicolás Maduro to cede power, including new sanctions against the country’s state-run oil company, which goes by the acronym PDVSA.

Dominica, Suriname, St. Kitts and Nevis, and Saint Vincent and the Grenadines are also against the US sanctions. Given the aforementioned, the Guyana Standard asked Greenidge if Guyana would be supporting the position held by the Caribbean states.

He said, “We are not pronouncing on sanctions. We hold a CARICOM position as regards to sanctions. We are trying to keep out of that particular set of battles. So we will leave that to CARICOM.”

Greenidge then reminded that US sanctions on Venezuela will have implications on Guyana and the entire region, therefore, Guyana’s position on the way forward is critical. In recognising this, he was reminded once more that Russia and China for example have stated their position.

He said, “Well that is for them to say. We will not be with them. We will not join Russia or China’s call. We will say nothing on the matter. CARICOM is putting out a statement on the matter soon and we are part of CARICOM and where they go with that is okay.”