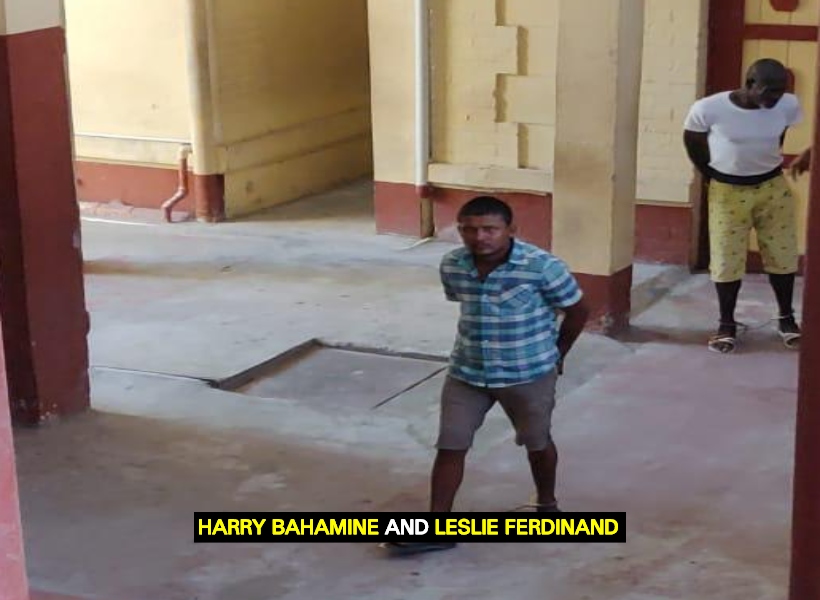 After spending five weeks on remand for stealing a quantity of female undergarments, two vagrants this afternoon told the court that they wish to change their not-guilty pleas to guilty so that they could spend time in prison.

Leslie Ferdinand and Harry Bahamie are accused of stealing a quantity of bras, slippers and panties all amounting to a total value of $391,000 on January 23, 2019 at Stabroek Market Wharf. They pleaded not-guilty on their first court appearance and were remanded to prison.

However, this afternoon, when the matter was called, they decided to change their pleas to guilty.  The men who have no fixed placed of abode asked the court to return the stolen articles to the victim and sentenced them to prison.

Senior Magistrate Leron Daly, after listening to the men, sentenced them to 18 months imprisonment each.