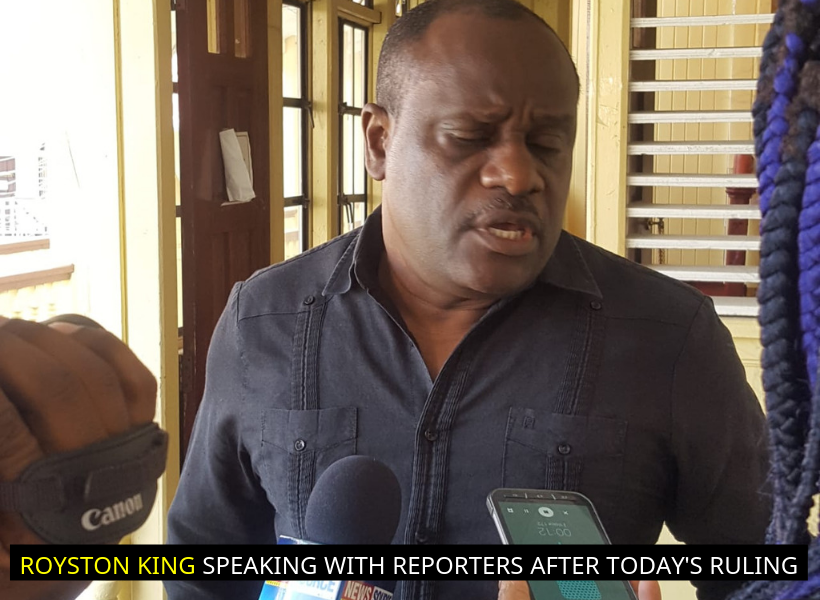 The judge further ruled that the decision by the LGC to dismiss King, based on the findings of a Commission of Inquiry (CoI), was also unlawful since the LGC had no authority to delegate it’s investigatory powers to a CoI which is not part of the LGC or local government body.

In this regard, the Judge held that the setting up, investigations and findings of the CoI are also unlawful.

According to King’s lawyer, Patrice Henry the judge’s rulings means that his client has to be paid all his benefits and he remains on administrative leave.