Home News GECOM Chair to “look into” how Claims and Objections period has been... 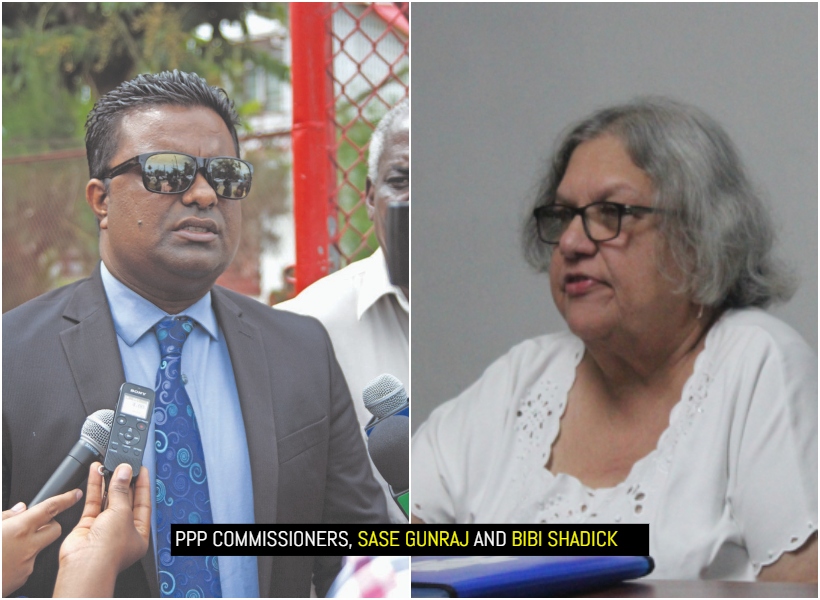 Those who sit on the Guyana Elections Commission (GECOM) in representation of the People’s Progressive Party (PPP) are “disturbed” at the fact that an order has been signed by the Chairwoman, retired Justice Claudette Singh, for Claims and Objections to be facilitated over a 49-day period when the commission agreed to only 35.

At a statutory meeting earlier this week, it was agreed that Claims and Objections will begin on October 1. It was also agreed that it will continue for 35 days. That 35-day period will come to an end on November 4.

However, according to an order seen by Guyana Standard, Claims and Objections will begin on October 1, and end on November 11. That represents a period of 49 days.

Guyana Standard contacted two of the three PPP Commissioners—Bibi Shaddick and Sase Gunraj—both of whom are of the firm belief that “dishonesty” is afoot and that Singh must be made to explain her decision.

Gunraj said that he has already notified Justice Singh of his observation “and she has undertaken to look into it.”

Shaddick told this publication that Justice Singh will have to answer why it is she signed an order that goes against that which was decided by the commission.

“We decided that claims and objections will be held for five weeks, but her order changed it to seven. I do not understand how between then (the meeting) and the order being signed, she changed it from five weeks to seven,” Shaddick said.

She continued, “When people want you to respect them they have to be honourable, I think that is dishonourable of her. This was a decision of the commission as a whole. I do not see how anybody can change it unilaterally.”

Shaddick said that PPP commissioners will seek to clarify, next Tuesday, the full implications of the change. She said, “We sit there for hours to make those decisions and then suddenly the decision is changed, the same thing that happens with press releases that come out that we did not really agree to.”