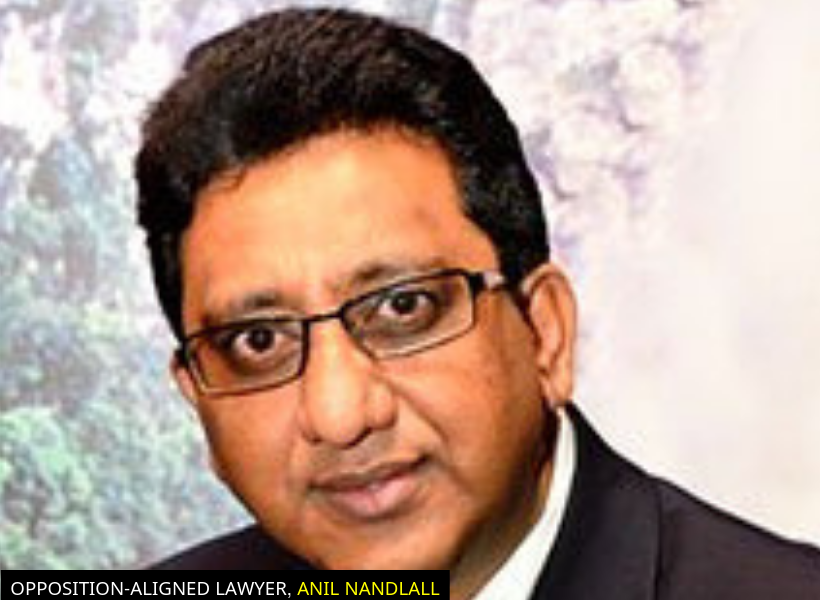 Facebook
Twitter
Google+
Pinterest
WhatsApp
Cabinet’s approval of a number of appointments of Board of Directors for various agencies of State/Government is not sitting well with opposition-aligned attorney-at-law, Anil Nandlall. He argues that there is no cabinet; ergo these appointments are null and void.
On his Facebook page, the politician stated that since the passing of the no-confidence motion on the December 21, 2019, Cabinet was effectively, “legally, disbanded by virtue of the clear and unambiguous language of Article 106(6) of the Constitution.”
Article 106(6) provides: “The Cabinet including the President shall resign if the Government is defeated by a vote of majority of all the elected members of the National Assembly on a vote of confidence”
In the case of Christopher Ram vs. the Attorney-General (AG), which was heard together with the cases filed by Compton Reid and the Attorney General , challenging the no-confidence motion, filed by Compton Reid and the Attorney General, Chief Justice Roxanne George-Wiltshire, in her written judgment delivered on the 31st January, 2019, stated the following:
“I therefore find that Cabinet is not required to resign with all convenient speed, as the resignation under article 106(6) takes immediate effect following the defeat of the Government on a vote of confidence by a majority of all the elected members of the National Assembly. In this case, Cabinet must be taken to have resigned with effect from the evening of December 21 2018, and all functions or duties in any law to be performed specifically by Cabinet must be ceased from that time.”
Nandlall argues that this pronouncement by the Chief Justice was upheld by the Caribbean Court of Justice (CCJ), both in its judgment delivered on the June 18, as well as, the Consequential Orders delivered on July 12, 2019.
According to Nandlall, “it must be clear to any person who is functionally literate that there is no Cabinet, in consequence, there can be no meeting of Cabinet nor decision made by Cabinet. Consequently, all purported meetings of Cabinet and all purported decisions of Cabinet are unconstitutional, illegal, unlawful, null, void and of no effect.”
Nandlall said that second action has been filed in his name and is currently pending seeking an injunction, restraining “this unit masquerading as cabinet” from meeting and functioning.
The appointments of the members of the Board of Directors were done for the following agencies/bodies: The Council for Technical and Vocational Education and Training; The Allied Health Professions Council; The National Accreditation Council; The National Library; and the Central Board of Health.