Home News Medical plane flips on landing in Region One 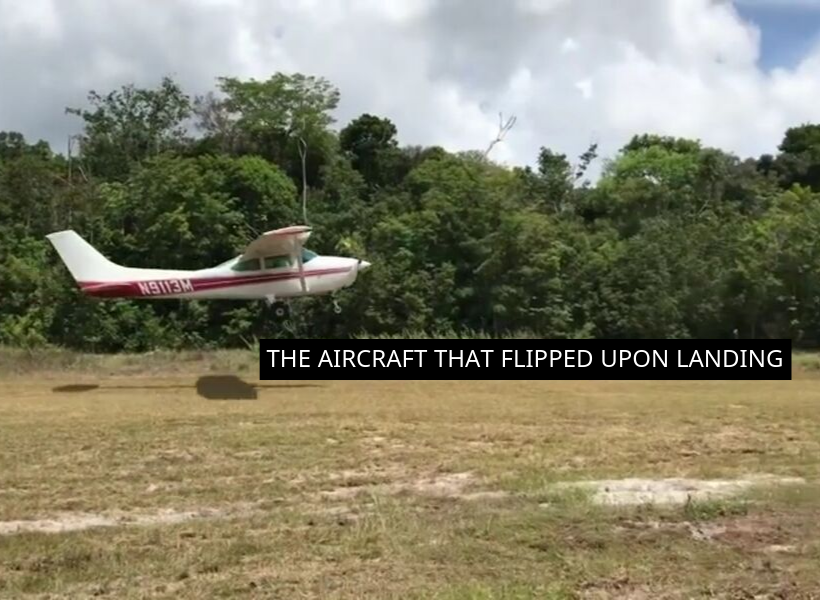 Seven months after an aircraft belonging to the Guyana Adventist Medical Aviation Services (GAMAS) crash-landed at Canal Number Two, West Bank Demerara (WBD), there has been yet another accident.

This time, a single engine Cessna 182 flipped as it attempted to land at Bethany, Region One sometime around 17:45 hrs yesterday afternoon.

Guyana Standard has been informed that there were four persons on the flight—the pilot and three passengers. No injuries were reported.

Just a few hours before the accident, the GAMAS, on their Facebook page, posted a clip of a plane taking off and captioned it, “Captains David Gates and Tony Varga taking off from Bethany Village. Praising the Lord for getting this donated Cessna 182 back up and operational so it can begin doing God’s mission once more. Thank you to all those who gave their all to have it here and flying.”

The Guyana Civil Aviation Authority (GCAA) has confirmed the accident. The agency said that a team of investigators have left Georgetown this morning for Region One to investigate the accident.

On February 18, last, GAMAS’ pilot, Lincoln Gomez and policeman, Michael Grimond were transporting a body to the Eugene Correia International Airport when the plane ran out of gas.

The aircraft subsequently crashed at Canal number two. Luckily, the two occupants survived but the damages to the plane were said to be beyond repairs.

GAMAS is a self-supporting ministry that has been providing health outreaches, medivac services and community religious development in the hinterland locations for more than 20 years.