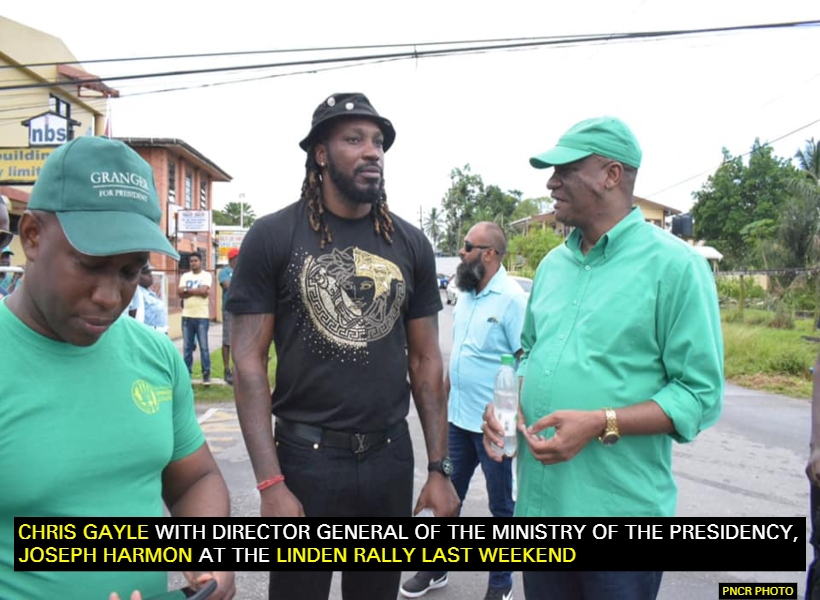 The distinct voice of the People’s Progressive Party (PPP) leader was heard saying “Tell him that you just get in f@#king Jagdeo bad books; he just cussing your sk@#t here.”

Jagdeo, at this Church Street office today, told media operatives: “I want to say to people: I do get angry. Let me say to them again: when I get angry, sometimes I use expletives and I’m sorry that people had to be exposed to that. I’m sorry. I’m human and I do get angry. I’m really sorry that the public had to hear what took place in a private setting.”

Jagdeo said that he was angry after popular Jamaican Cricketer, Chris Gayle, was seen at a Peoples’ National Congress Reform (PNCR) event in Linden, over the weekend. What fueled his outburst, he added, was the belief that Gayle was tricked by government-aligned individuals into attending the event.

“But they knew, it was an APNU event and [Director-General of the Ministry of the Presidency, Joseph] Harmon was in touch with them to get Chris Gayle to walk around with him. They did not tell Chris Gayle about that – the context in which he was going to Linden,” Jagdeo claimed.

The former Head of State said that Gayle being present at the event would have sent a bad message to the famed cricketer’s fans, that he was supporting a political party.

“I was angry because one, the people of Guyana would believe that Chris Gayle endorses APNU and I know that Chris Gayle would not endorse any party…secondly, they would damage Chris Gayle’s fan base and credibility. If they (persons who facilitated Gayle’s presence at the rally) were his friends, they should have never done that because they will damage his credibility among people, and it had already started online.” Jagdeo said.

Questioned whether his rage because Gayle had refused to attend an event organised by the PPP/C’s youth arm, Progressive Youth Organisation (PYO), Jagdeo responded in the negative. He said that the PYO does not have the resources for such activities and whatever “little” it has, is going towards the campaign for the upcoming elections.

Gayle has since issued a statement, distancing himself from Guyanese politics. His statement reads: “I, Christopher Gayle, would like to make it very clear that I in no way, manner or form endorse or support any individual or political party in Guyana. I have noted the many Social Media comments in relation to my recent presence in Linden, and I wish to set the record straight. I was invited to Linden to participate in community outreach. As a sports personality, I relish the opportunity to meet with my fans, and also to reach out to any community under the neutral banner of sports. I am apolitical of any political commitment, and strongly condemn attempts to tarnish my brand and personality.”