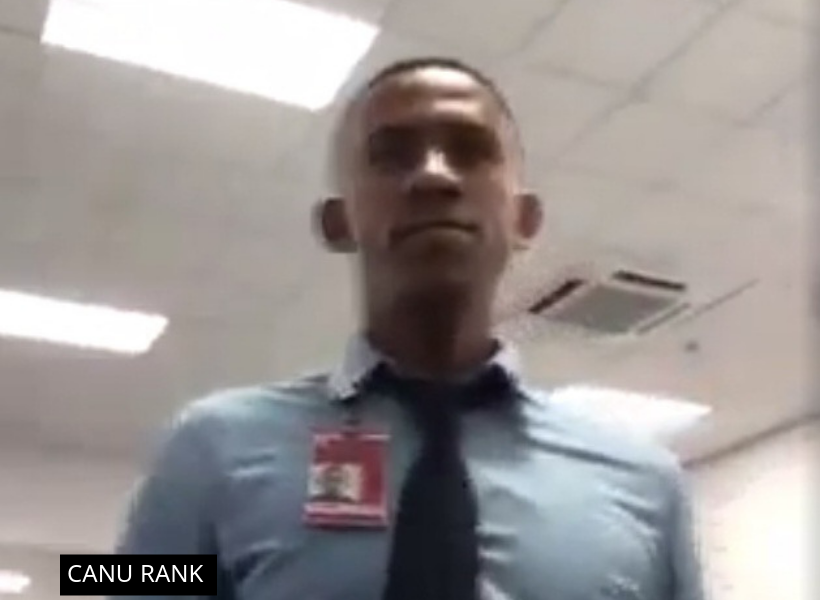 A police constable, who along with a rank from the Custom Anti-Narcotic Unit (CANU), was accused of attempting to plant marijuana in the bag of an outgoing passenger at the Cheddi Jagan International Airport (CJIA) last month, is reporting to duty as per normal.

Since the allegation was made, the rank, who is attached to the Guyana Police Force (GPF)’s Narcotic’s branch, was removed from the airport and placed at the Criminal Investigation Department (CID) at Eve Leary.

Head of the GPF’s Office of Professional Responsibility (OPR), Heeralall Mackanlall has confirmed that there has not been any investigation regarding the incident at the airport. “Maybe CID is dealing with it,” Mackanlall said.

However, when contacted, a source from the CID said that no instructions were passed down for the rank to be investigated.

“This is just normal, certain ranks would just be removed from the spotlight until things quiet down and then he will return to his normal duty without any disciplinary actions and the top ones does want lecture about morals, corruption, and integrity,” the CID source said.

The source added, “Suppose that woman did not take that video… she would have been in some serious trouble with the law. Right now, you don’t know if anyone is behind bars because of these two ranks.”

CANU, on the other hand, has since fired its rank. During interrogation, the CANU rank identified the police constable to his superior as the rank the victim claimed he was colluding with. This information was passed onto the GPF but nothing has been done as yet.

To date, the victim was never asked to provide a statement.

In the video footage seen by this news agency, the woman was heard denying having any illegal substance, identified as marijuana, in her baggage to the CANU rank. He begged that she speak quietly and stopped recording him.

The woman denied and insisted that the rank bring his supervisor but he instead, told her to return to her seat and asked that she does not talk to his supervisor. He directed her to speak with the police constable instead.

However, when she started questioning and videoing him, he panicked and allowed her to continue on her journey.