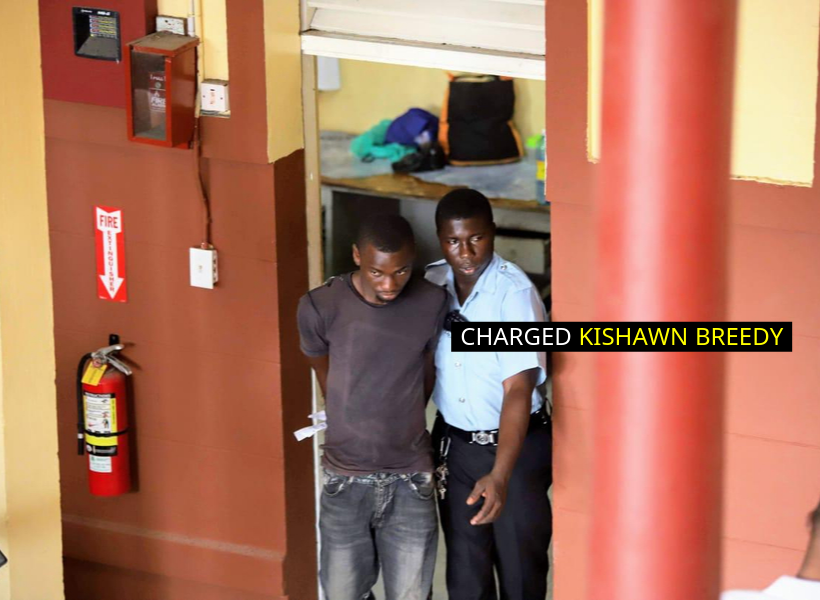 A 23-year-old mechanic was this morning released on $100,000 bail after being charged with trafficking of marijuana.

He denied the charge which stated that on October 6, 2019, at Norton Street, Georgetown, he had in his possession 86 grams of marijuana for the purpose of trafficking.

Breedy was represented by Attorney-at-law Patrice Henry who asked that bail be granted to his client in a reasonable amount.

The lawyer told the court that his client has no knowledge of the narcotics. However, the police attempted to make him claim ownership of the said drugs while in custody.

Nevertheless, the lawyer said that his client did not give the police any written or oral statement admitting ownership.

Facts presented by Police Prosecutor Gordon Mansfield stated that on the day in question, ranks from the narcotics branch were conducting raid exercises in the area.

The court heard that the defendant, upon seeing the officers, threw a bag that he had in his possession in a clump of bushes.

The bag was then retrieved and upon checking a quantity of leaves, seeds and stems suspected to be narcotics were found inside.

The defendant was then told of the offence and taken to the Alberttown Police Station, hence the present charge.

While Prosecutor Mansfield did not object to bail being granted to the defendant he asked that conditions be applied.

The Magistrate, after listening to the facts, released Breedy on $100,000 bail. Condition of the bail is that he report every Friday to the Alberttown Police Station until the hearing and determination of the trial.

The father of one is expected to make his next court appearance on October 29.