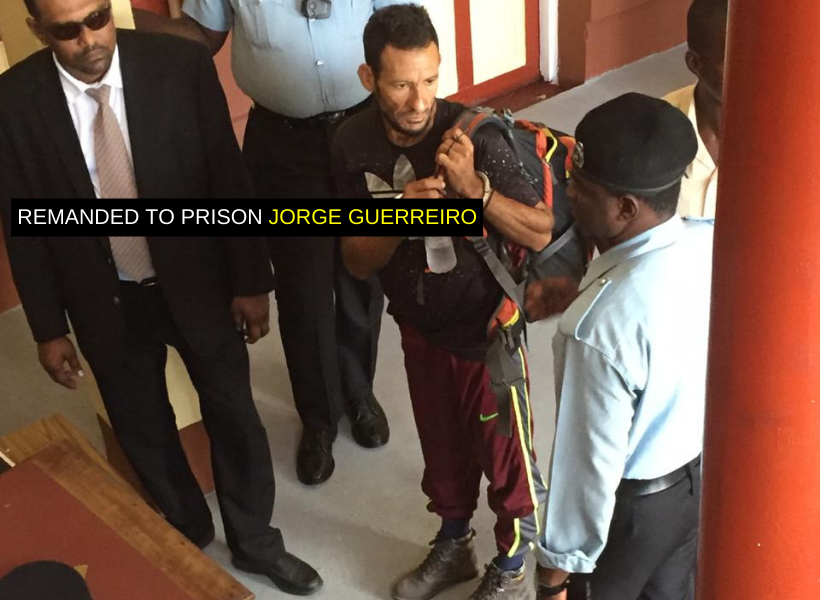 A 49-year-old Venezuelan, who told the court he came to Guyana to sell perfume, was today remanded to prison on a firearm related charge.

Jorge Guerreiro denied the charge which stated that on October 16,2019 at Cuyuni River, Essequibo, he had in his possession sixteen 12 gauge ammunition without being the holder of a firearm license enforced at the time.

Guerreiro was represented by attorney-at-law Ravindra Mohabir who asked that bail be granted to his client citing that he has no knowledge of the ammunition.

However, facts presented by Police Prosecutor Gordon Mansfield stated that on the day in question, ranks in the area saw the defendant and requested to carry out a search.

It was during a search an officer found the 16 ammunitions in a haversack that the defendant had on his back.

He was then told of the offence to which he admitted, hence the present charge.

Magistrate McLennan remanded Guerreiro to prison on the grounds that he has no fixed place of abode.

The father of two was instructed to make his next court appearance on December 16 at the Kamarang Magistrate’s Courts.