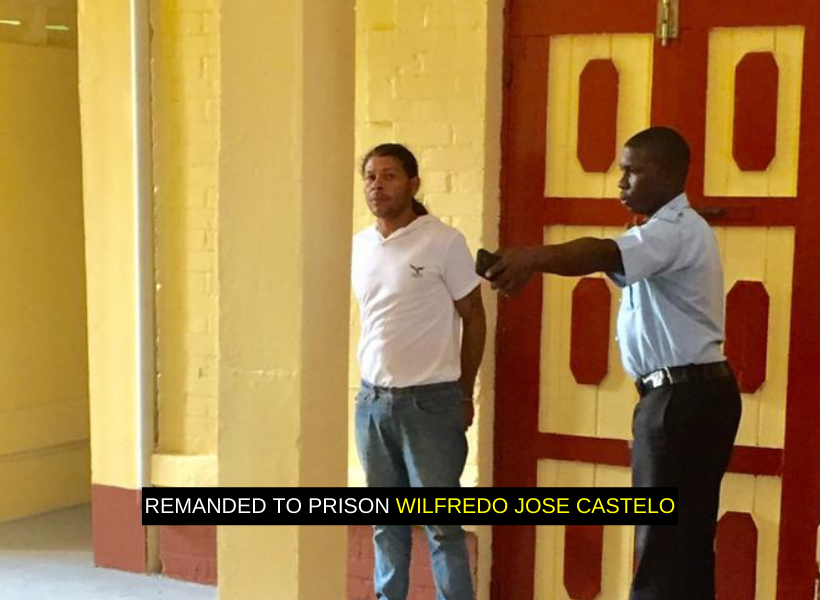 A Venezuelan, who the court heard is illegally in the country, was moments ago remanded to prison on a robbery charge.

Twenty-nine-year-old Wilfredo Jose Castelo pleaded not guilty to the charge which stated that on October 19 at Thomas Hill, Mabaruma, North West District, he, while being armed with a knife, robbed Sharron Cartier.

Facts presented by Police Prosecutor, Gordon Mansfield stated that on the day in question, the woman was walking going home when she was approached by the defendant who was armed with a knife.

The court heard the man placed the knife to the woman’s throat and threw her to the ground before threatening to kill her.

The defendant then took away the woman’s bag with the money and made good his escaped.

The matter was reported and, following the investigation, he was arrested for the offence. An identification parade was then conducted and he was positively identified by the victim as the person who robbed her, hence the present charge.

Prosecutor Mansfield objected to bail being granted to the defendant on the grounds of the defendant having no ties to Guyana and will not return for his trial if granted bail.

The Chief Magistrate after listening to the facts remanded Castelo to prison until November 18 when he will appear in the Mabaruma Magistrate’s Courts.