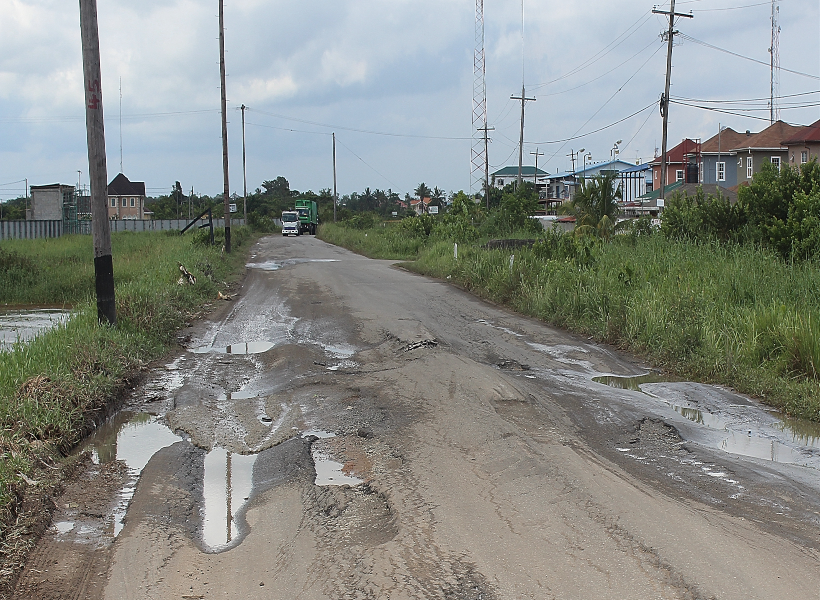 Residents of Bagotstown, Peter’s Hall and Mocha on the East Bank Demerara, are complaining that the road leading to the Haags Bosch landfill is so deplorable, that it is almost impassable.

That road is used to access several housing developments including the Young Professional Housing Scheme aback Eccles, Windsor Estates stretching from Bagotstown to Providence, and the Eccles Industrial Site. It is also one of the roads used by persons to gain access to the “Model Village” in Perseverance.

Further, the road serves as a major bypass for commuters during the rush-hour periods, as persons living in villages south of Providence would enter the Mocha Access road and use the Dumpsite road to dodge the traffic buildup at the Demerara Harbour Bridge.

When Guyana Standard visited the link on yesterday, several depressions along the road heading east of the southern entrance of the Eccles Industrial Site were observed. Near the Young Professional Housing Scheme, this publication observed what appears to be ruts and sinking in multiple areas.

In that spot, there is almost a 12-inch drop on both sides of the road, with the centre – bearing an approximate 24-inch wide surface – being the only part that seems to retain its original elevation.

This pyramid-like layout is creating headache since the two opposing inclined areas cannot facilitate the passage of vehicle because these slopes themselves contain ruts and potholes. 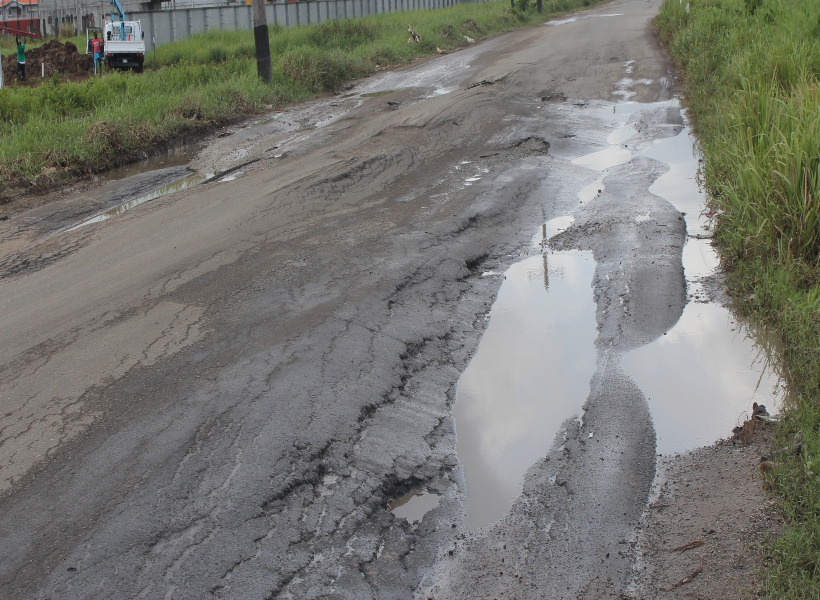 Signs of rust on the elevation point suggest also that “stumps” of vehicles would come in contact with these areas, as drivers would try to manoeuvre the depressions.

It was observed too, that a 36-inch wide drain was dug across the road to facilitate the planting of what appears to be an 8-inch steel pipe, to feed water to one of the developing housing schemes south of the road.

The pipe was covered with loam and following the recent rainfall, the loam is now being washed away, leaving behind a runnel along the width of the road. 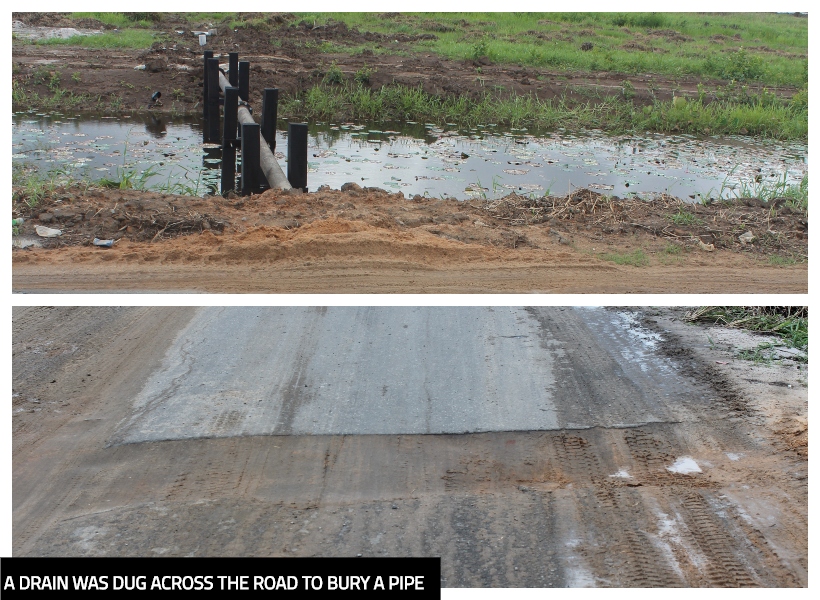 An official of the Eccles/Ramsburg Neigbourhood Democratic Council (NDC) told this publication that the council “doesn’t have responsibility for that road”.
The official said that the road falls within the remit of the Public Infrastructure Ministry. But, when the ministry’s Public Relations Officer, Davina Ramdass, was contacted, she noted, “the rehabilitation works [on that road] come under the Ministry of Communities, as they are responsible for the Haags Bosch Dumpsite.”

She, however, noted that plans are afoot to use the link as an artery of the new bypass road expected to link the East Bank to the East Coast of Demerara.

Ramdass said that she was informed that some $40M was allocated to rehabilitate the road, and suggested that contact be made with the Ministry of Communities for further information or clarification.

However, on Friday, efforts to contact the Minister, Ronald Bulkan, were proven futile. Guyana Standard was told that the Permanent Secretary (PS), Emil McGarrel is on leave and that the deputy PS was not in. The ministry’s Public Relations Officer was also unavailable.